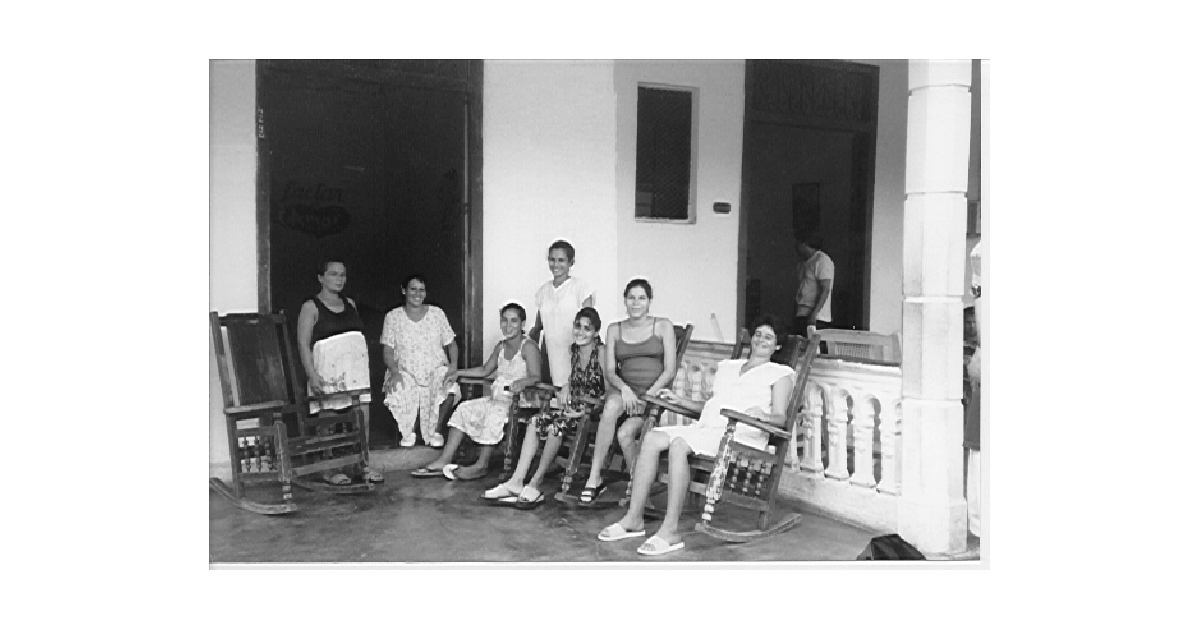 Photo provided by author. Some of the residents of Hogar Materno, Vinales, Cuba

Imagine health care as a right, not a privilege. One of the many successes of the Cuban revolution is its dedication to creating a comprehensive medical system accessible to all citizens free of cost. By placing emphasis on maternal and infant health, the Cuban government has been able to lower the infant mortality rate from 91 per 1,000 live births in 1950 to 6.4 per 1,000 live births in 1999, according to Francisco Gonzalez Mencio, a Cuban physician associated with the University of Havana. Cuba’s development of maternity homes has contributes greatly to the improvement of infant health (de la Osa 1999). The maternity home, staffed with an around-the-clock nurse, houses expectant mothers with high-risk pregnancies. There are approximately 209 maternity homes throughout Cuba, one per each municipality (Bernal 2001).

While in Cuba this past July, I visited Hogar Materno, the four-room, 15-bed maternity home in Vinales, a small village in a region famous for growing the finest tobacco in Cuba. The rooms had concrete floors and virtually barren walls with the exception of two murals promoting breastfeeding. The bedroom, separated from the living room by a hanging sheet, had twin beds in a line with a small space between them. The fifteen residents filled the otherwise stark home with vitality, warmth and laughter.

Noemi Noda Gonzalez, the home’s nurse, informed me that many of the residents were admitted for malnutrition, one of the deleterious effects of the 40-year-old United States economic embargo against Cuba. Cuba addresses this issue by providing 2,800 calories per day for every pregnant woman, prenatal vitamins and three meals a day for maternity home residents (Bernal 2001). Other common high-risk factors of the women at Hogar Materno were diabetes, anemia and twins. The residents, ages 22 to 32, ranged in gestational age from 20 to 39 weeks. Once labor begins, the women are driven 40 minutes to the hospital for delivery in Pinar del Rio, the closest neighboring city (Noda Gonzalez 2001).

Part of the postpartum education at the maternity home includes lactation support. Ninety-five percent of new Cuban moms leave the hospital exclusively breastfeeding their newborns. Eighty percent of Cuban moms solely breastfeed their babies through the fourth month of life (de la Osa 1999). A Cuban woman is guaranteed fully-paid maternity leave for six weeks before delivery and three months after. She can receive sixty percent of her salary up to one year if she chooses not to work (Gonzalez Mencio 2001).

One evening I sat in one of the ten wooden rocking chairs on the porch of Hogar Materno swatting mosquitoes and chatting with the residents about midwifery, perinatal care and life in the United States versus life in Cuba. The women told me that an average day consisted of a short visit with the doctor or nurse followed by hours of napping and talking with visitors and each other. Most of the residents agreed that they preferred to live at Hogar Materno during their pregnancies than with their husbands, children and families. I asked one of the women what was her favorite part about living in the maternity home. She answered, “The peace, the tranquility and the food.”

Heather Renz has worked for Planned Parenthood for the last three years as a medical assistant and perinatal health worker. She will begin her graduate studies in nurse-midwifery this year. She lives in beautiful Inverness, California.

View all posts by Heather Renz

Before the First Wave: Midwife Carol Gautschi Shares Her Views on First Stage