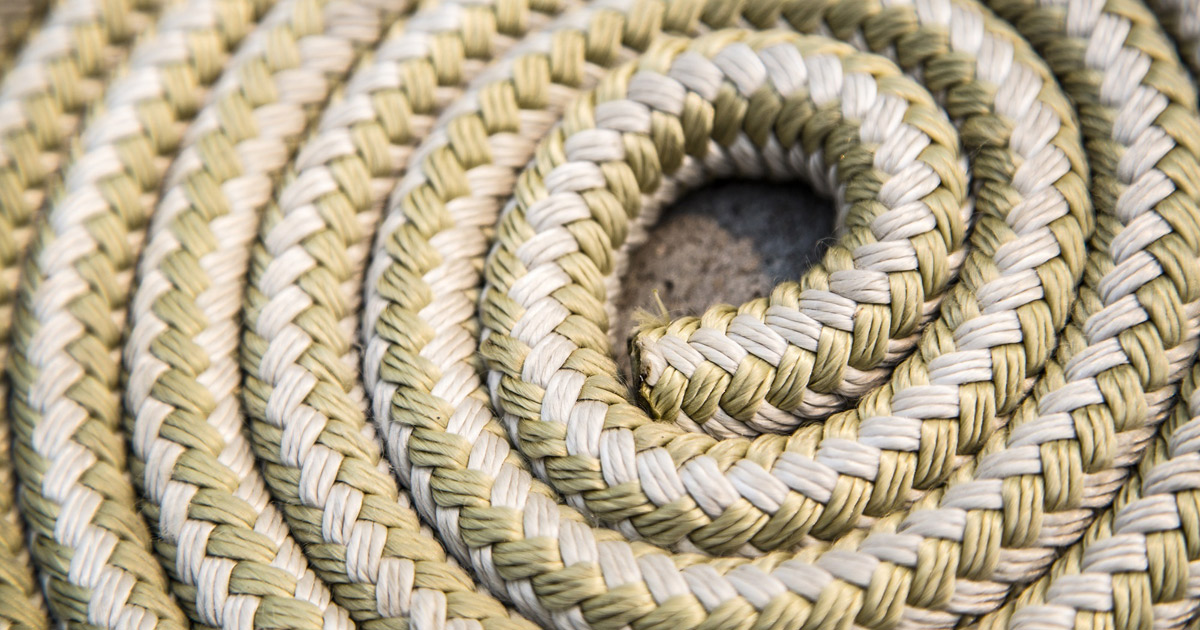 In many birth places, including birth centres, hospitals and home, neonatal resuscitation equipment is set up out of the way of the birth area. In hospitals, assessment and resuscitation of newborns almost always occurs on a large table across the room and far from mother. Obviously this requires severing the umbilical cord. In addition to the physiological advantages of leaving the cord intact, keeping the baby close to mother reduces maternal stress—and surely infant fear as well (Strange 2009)—and helps facilitate bonding (Wright 2011). Term and preterm neonates are safer and healthier when neonatal resuscitation includes delayed cord-clamping. Clamping, whether the cord is cut or not, immediately halts placental transfusion. Clients who ask for delayed cord-cutting could be counseled to request delayed clamping.

During pregnancy, the umbilical cord provides oxygen and transfers blood between the placenta and the baby. Nature has perfectly designed a placental transfusion to carry the blood through the cord and into the newborn baby. If the cord is intact, then oxygenation continues after birth until the newborn lungs have transitioned to air; a process that takes 30 to 90 seconds in a full-term infant. If a newborn isn’t breathing independently, the placenta is nature’s neonatal life-support system. Newborns are not simply tiny adults; the newborn heart can beat for 20 minutes or longer despite anoxia and the brain can tolerate lack of oxygen for this duration of time (Resuscitation Council [UK] 2001; Frye 2004; World Health Organization 1999). Newborns cope well with hypoxia but struggle with hypovolemia. At the moment of birth, 30 to 50% of the baby’s blood volume is in the placenta, and immediate clamping deprives the baby of that blood. Adults are in perilous danger of hypovolemic shock and receive blood transfusions at 15 to 30% blood loss.

The benefits of delayed clamping are well documented. Immediate cord clamping is now being compared with blood-letting. However neonates who are compromised or require resuscitation and desperately need all their blood almost always get their cord severed immediately. In spite of research saying otherwise, it’s still common practice at most births to immediately sever the cord, usually due to outdated theories or habit. As more parents request delayed clamping, newborns are more likely to receive their full volume of blood.

As delayed clamping becomes a hot topic, there are some aspects that need clarification: time interval, milking the cord, gravity and the myth of causing harm. “Delayed” isn’t a long time; the rate of transfusion is about half the blood in 1 minute and nearly 100% over the next 2 to 5 minutes. What about cord stripping? Parents-to-be may be told that if the cord can’t be left intact then it will be “milked,” implying the benefits are the same. It’s the time interval of delayed clamping that has clinical benefits, not whether the cord is milked (Fogelson 2011).
During the first 45 to 60 seconds of life, arterial pressure pumps blood into the neonate, so the height differential between the placenta and baby doesn’t matter. After that, veins drain blood into the neonate and height matters more. Full placental transfusion occurs with the baby from 10 centimeters above to 40 centimeters below the placenta, which is about the position of baby on mother’s abdomen or lap (Yao and Lind 1969).

Leaving the umbilical cord intact does not lead to pathological jaundice. The naturally occurring physiological newborn jaundice has no clinical significance. Many practitioners believe leaving the cord intact leads to other adverse effects such as tachypnea, grunting, hyperbilirubinemia, polycythemia and hyperviscosity. If transient, these are often not clinically significant issues but rather a normal part of physiological compensation during newborn transition (Tolosa et al. 2010).

Babies with delayed clamping fare better—they have 40% more blood volume, a 45% increased hematocrit, a 50% increase in red blood cell counts and up to 50% higher ferritin levels (Fogelson 2011). The benefits are greater in small for gestational age or preterm infants and those born to mothers with low ferritin at birth. The effects of delayed clamping can be seen well past the newborn period. Term infants are protected from anaemia and iron deficiency for at least six months (Chaparro et al. 2006). This is vital where infant and pediatric anaemia is common, such as impoverished areas.

Mercer et al. (2006) compared data from premature infants who had a 30–40 second delay in clamping and intubation from those who were immediately clamped and intubated. There was no statistically significant difference in mortality rates. The delayed clamping group fared better in common premie health issues, with lower rates of necrotizing enterocolitis, bronchopulmonary dysplasia, intraventricular haemorrhage (IVH) (14% versus 36%) and sepsis (3% versus 22%). In addition to the higher rates of IVH, cases were more severe in the early clamping group. Preterm neonates with delayed cord clamping are less likely to require blood transfusion, ventilation and oxygen therapy and have lower rates of anaemia at 6 months. They have more stable blood pressures and thrive better (Asfour and Bewley 2011). A 1-minute delay in cord clamping resulted in remarkably elevated red blood cell volume and weekly haematocrit values compared to early clamping in neonates of 30–36 weeks gestation (Tolosa et al. 2010).
Of course, if a baby is born with a flat, limp, non-pulsing cord, then the cord is no longer working. This is the rare case when immediate clamping and aggressive resuscitation is warranted.

Neonatal resuscitation guidelines in Canada, Australia, the United States, Europe and the United Kingdom recommend delayed clamping for a minimum time range from one minute to when the cord stops pulsing in healthy neonates. These same guidelines cite insufficient evidence to recommend an optimal time of clamping the cord of infants requiring resuscitation. Not one of them recommends immediate clamping and cutting as part of care, including the American guidelines which say nothing about timing of cord clamping. The UK and Australian guidelines go so far as to advise waiting three minutes in healthy preterm infants for “increased blood pressure during stabilisation, a lower incidence of IVH and fewer blood transfusions” (Resuscitation Council [UK] 2010; Australian Resuscitation Council 2010). The UK guidelines also speculate that cord clamping with resuscitation could be delayed until the baby has started breathing. WHO advises that it is unnecessary to clamp the cord before beginning resuscitation and to not waste time moving to a special place, as mother’s bed is usually warm and suitable (1999).

The requirements of medicalized neonatal resuscitation are warmth, a firm surface, suction and access to the umbilicus. Other priorities include comfortable position for staff and the ability to draw umbilical blood for cord gas analysis. A warm firm surface can be the bed or surface where baby is born. In this author’s 2011 poll of 34 midwives from around the world, most reported that they perform resuscitation with the cord intact using the bed, side of a pool designed for waterbirth, part of an adult human body (mother or midwife) or a portable board with a warm pack.

Suction can be from a main hospital line, resuscitation machine or a portable unit such as those used at homebirths. The umbilicus is accessed to provide drugs and fluids. If the cord is left intact, then fluids are already being provided. Drugs are rarely required for resuscitation, and it’s likely they would be required far less often if cords were intact. Since extensive resuscitation is rarely required, can we not be uncomfortable once in a while, bending over the baby rather than performing resuscitation at our standing height? Even if one requires cord gases for medical reasons rather than protection from litigation, they can wait. Cord gas results don’t change significantly if taken immediately after birth or after two minutes of delayed clamping (De Paco et al. 2011; Asfour and Bewley 2011).

If one prefers a newborn resuscitation table, then there are alternatives to what is currently being used in most hospitals. Dr. Andrew Weeks and a team at University of Liverpool designed the award-winning BASICS (Bedside Assessment, Stabilisation and Initial Cardiorespiratory Support) Trolley, a smaller portable neonatal resuscitation table that can be used alongside the mother, even for caesarean birth. It includes oxygen, suction and heat. Dr. Weeks says, “It is crazy that the most vulnerable babies are born and whisked off and surrounded by a scrum of doctors” (Wright 2011).

Many midwives are already doing the good work of leaving cords intact, even for resuscitation. As further research is available and better equipment is implemented in hospitals, neonatal resuscitation may include nature’s lifeline—the full placental transfusion.

Angie Evans, BSc (Hon), MH, is an herbalist, doula and prenatal educator currently enrolled in a Bachelor of Midwifery program. She’s passionate about the parents’ and baby’s experience of birth and believes good care includes more than simply physical health. She can be contacted at angie@AngieEvans.ca.

View all posts by Angie Evans

Nipple Thrush: How to Identify and How to Treat