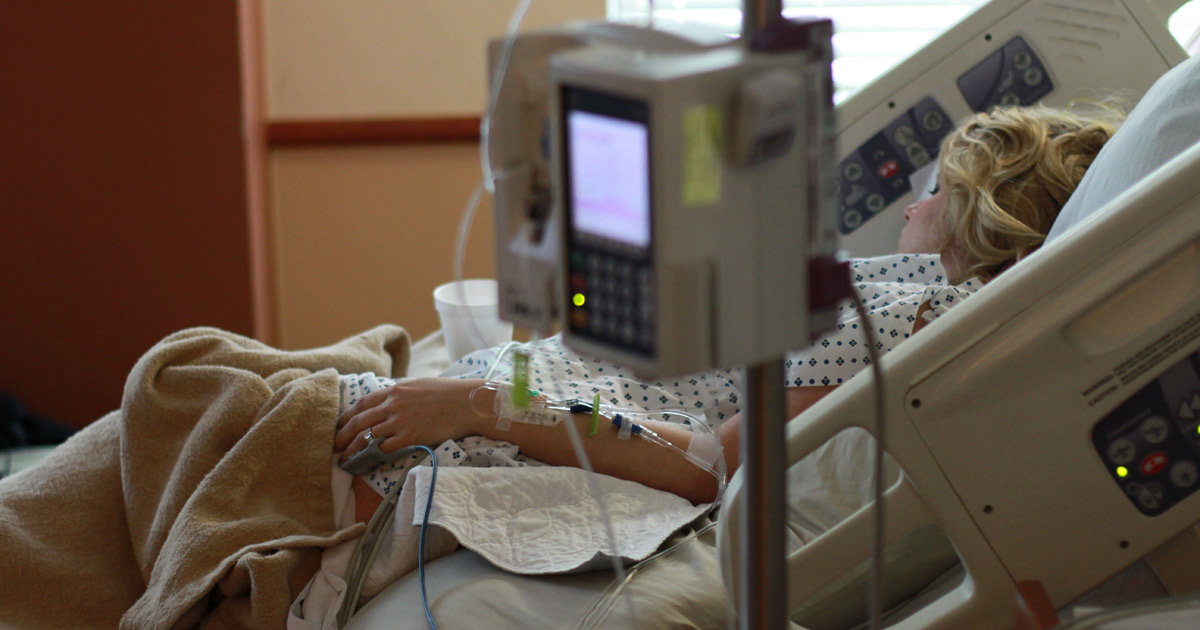 Editor’s note: This is an edited version of a letter written in response to a summary and comment by Andrew M. Kaunitz, MD, published in Journal Watch Women’s Health, March 22, 2005. The article referred to is Wong, C.A., et al. 2005. The risk of cesarean delivery with neuraxial analgesia given early versus late in labor. N Engl J Med; 352: 655–65.
Subscribe to Midwifery Today Magazine

Having read the full report in the New England Journal of Medicine (NEJM) I was disappointed by your review entitled “Early vs. Late Regional Analgesia: No Increase in C-sections.” If this relatively small study proved anything at all, it was that epidural anesthesia leads to more c-sections, whenever it is given—early or late in labor.

The high rates of c-section and instrumental deliveries in both the early and late epidural groups indicated as much. The difference in c-section rates between the two groups was deemed “insignificant” by the authors of the study, but at 17.8% vs. 20.7%, both groups ended up with far too many c-sections for the 728 healthy, first-time mothers who participated. All were “prime” patients, without any known complications: No breech babies, no multiples, no diabetes mellitus, etc.

This was a three-year study that began in November 2000, a time when the primary c-section rate for all American mothers—with and without complications—was 16.9%. Why would such “cream of the crop” nulliparae end up with so many c-sections? What common risk factor did they share, other than epidural anesthesia? Both controls and test mothers eventually received an epidural, except for the two women who gave birth too soon. These were the only two non-medicated mothers in this test study—another serious flaw, all too typical of other trial studies on epidural side-effects. No other branch of medicine would do the same.

Neither would the Food and Drug Administration (FDA). New drugs are tested against a placebo, not other drugs.

Comparing the timing of one form of epidural with the timing of another type—topped off with still another potent drug—is akin to testing for motor impairment in polio victims by comparing their agility with children who have cerebral palsy. What could it possibly tell us?

This was also not a blind study, another serious flaw. The very same physicians who ultimately decided who should be delivered by c-section and who should be given a little more time to labor, knew exactly which mothers belonged to which group. Could some unconsciously—or consciously—have been rooting for the early epidural group to come out ahead? The authors of this study think not and make a point to let us know it by writing, “It is unlikely that knowledge of the type of analgesia biased obstetricians’ decisions regarding the method of delivery.”

In a medical trial supported by their own hospital’s department of anesthesiology, might not some participating obstetricians have been just a little bit slower to pick up a scalpel—or a bit faster to reach for forceps or a vacuum extractor—in the early epidural “test” group?

Test results show that 13% of the 364 mothers in the “late epidural” group needed mechanical assistance to deliver, vs. 16% out of 336 mothers in the “early epidural” group. Not bad for first-time mothers on epidural anesthesia, but odd nevertheless, considering that mothers in the “early” group averaged shorter labors by approximately 90 minutes. Why then would they have needed more mechanical assistance (forceps and vacuum extraction) than the mothers with the longer labors in the “late” epidural group? Generally, it’s the other way around: The longer the labor, the more likely a mother is to need assistance and/or a c-section. Unless, of course, a fetus runs into serious trouble and has to be quickly rescued by whatever means is fastest: vacuum extractor, forceps, and/or a c-section. A careful study of the facts shows that “persistent variable and late fetal heart-rate decelerations developed after 30 minutes of the first analgesic intervention” more often in the early group, making them the group with the most urgent emergency deliveries, a fact that was overlooked in the summary. Technically, that detail wasn’t important since the purpose of this study was to ascertain if early epidural placement does or does not lead to more c-sections, not if early combined epidural anesthesia is safe or unsafe for a fetus.

In the final analysis, when counted and matched in both groups, all c-sections were considered equal, regardless of fetal condition or outcome. This gives a slight edge to the early epidural group with the fewer c-sections and the higher rate of instrumental deliveries and fetal distress. These end results were quickly used to scientifically refute that which many obstetricians have come to believe: the earlier the epidural, the longer the labor and the greater the risk of a c-section.

The American College of Obstetricians and Gynecologists (ACOG) more or less said as much in 2002 when they dared to issue Practice Bulletin #36, which called for delaying the administration of epidural anesthesia in nulliparous women.

So do I. Many factors could easily explain the unexpectedly “good” results of this study, if one looks closely at the small print.

The lower level of pain in the early epidural mothers is one. Not merely because of the spinal the women in this group were given early in labor but because they didn’t ask for pain relief as early as the mothers in the late epidural group did. On the average, women in the “late epidural” group began labor in a sorrier state than mothers in the early group. They complained of pain at the very beginning, often at only 1.5 cm dilation, a time when most women rarely do. More of the mothers in this group also checked in at the hospital with complications that lead to induction—a recognized risk factor for a cesarean.

Could the quicker onset of pain in the late epidural group have been an early warning sign of dysfunctional labor?

In their published report in the NEJM, the authors explained that the connection between early epidural placement, longer labors, and more c-sections may be purely circumstantial. The way they tell it, it’s not the epidural per se, but the early need for pain relief that signals the kind of dysfunctional labor that often ends in a c-section—with or without an early epidural. If so, could the early labor pain reported in the late epidural group not explain their higher rate of c-sections?

Perhaps the most surprising results of this study are the slightly higher Apgar scores in the early epidural group. Scores were low in both groups, which is not surprising for babies born under the influence of drugs, but why would those exposed to the more risky, combined epidural have scored higher? They didn’t score higher in past studies that compared babies of mothers given all forms of regional anesthesia. In the most well-known test trial, the so-called COMET report of 2001, babies with the combined spinal epidural technique scored lower on their Apgars and required higher level resuscitation than all other epidural babies. Why did they do so much better now? Could it be because they were being compared to babies on both epidural anesthesia and hydromorphone, a synthetic derivative of morphine, which is more potent than the real thing? Did the early epidural babies in this study fare better only because the babies in the late epidural group fared worse?

These were the babies whose mothers were sedated first with hydromorphone while waiting for a late epidural. In the popular Physician’s Desk Reference (PDR), hydromorphone is listed as contraindicated for labor and birth. In animal and human tests, this drug has been shown to have a slowing effect on contractions, which is hardly a good choice of drug for a study designed to test if early epidural placement slows down labor and leads to more c-sections, or for measuring fetal safety according to epidural placement.

Could this also explain why the late epidural mothers ended up with more c-sections?

This reader thinks so. And judging from the “cool” reaction of ACOG, they also have their doubts. In spite of all the hype this study has generated in the professional and public media, ACOG is still not rushing in to condone early epidurals of any kind or combination.

Hopefully mothers who read the many news reports and reviews will do the same.

Esther Marilus was trained as a pre/postnatal therapist and childbirth educator by the Swiss Society of Professional Maternity Gymnasts. Her experience with emergency births led to training as an EMT and becoming director of a private ambulance corps in Zurich. Esther is currently working on a book on exercising to correct many childbirth complications, from misplaced umbilical cords to malpresentations. She also lectures, trains and councils labor coaches.

View all posts by Esther Marilus