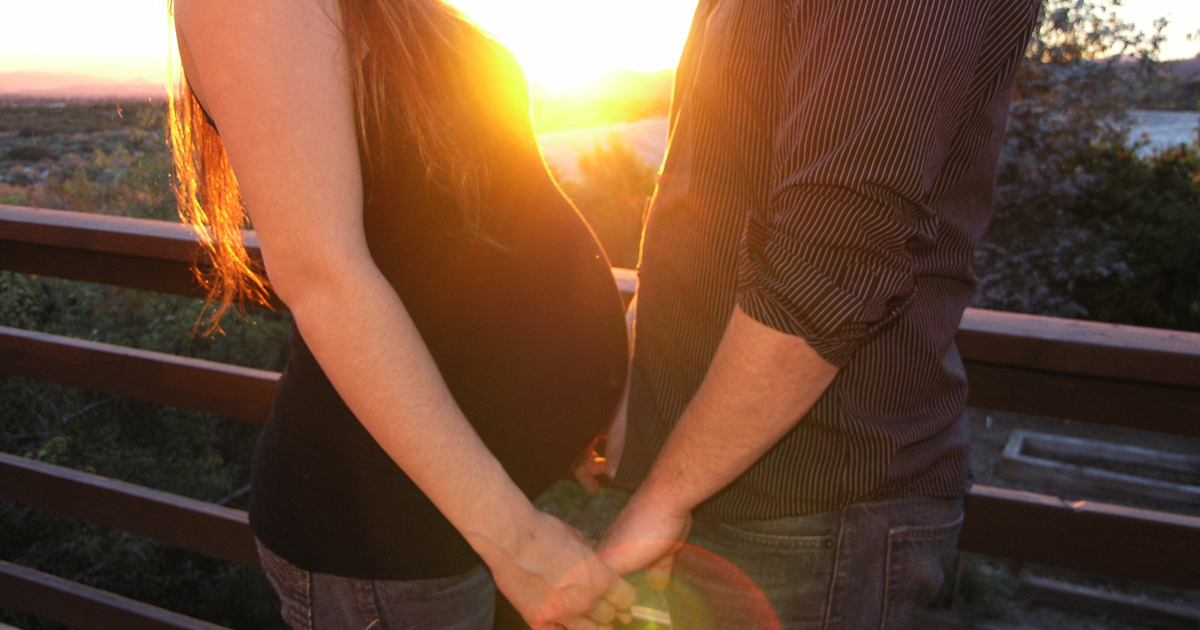 I have valued homebirth ever since my doctor talked me into having one! I had two homebirths and they were the most empowering events I have ever experienced. After a horrendous hospital birth with my first child, these births were especially amazing. For the past 38 years I have dedicated my life to optimal birth whether at home, in a birth center or in hospital. But now I am learning that homebirth is even more important than I ever thought it was. New microbiome research is teaching us that how and where we are born is crucial and even life-altering. Our birth literally sets the foundation for our health and well-being or lack of it.

The microbiome information coupled with hospital dangers, such as MRSA and other pathogens, makes homebirth an even more compelling choice. I watched a program on Frontline that described a pathogen much worse than MRSA. Hospitals can completely keep the presence of this pathogen a secret…and most often they do. At the conclusion of the program, I wondered why anyone would choose the hospital for birth unless it was needed in a lifesaving situation. These types of emergency situations are why hospitals are necessary and they are very good at handling such situations, but they aren’t very good with keeping birth normal. Marsden Wagner compared going to the hospital for birth to hiring a pediatrician for babysitting services.

Another important factor in the choice of out-of-home birth is the number of interventions that occurs in hospital birth. It is nearly impossible to get an undisturbed birth in hospital. Twins and breeches generally do not have a chance of normalcy and are mostly delivered via cesarean, often to avoid liability or for convenience. I hear from women all the time who were induced before their due date and then ended up with a cesarean. Why induce in the first place? Often the reason is not medical but is instead for convenience. Human rights in childbirth are becoming more and more critical. Whose baby is this anyway? Whose birth is this? Who must live with the consequences created by others?

Let us talk about the overriding and permanent lifetime health effects stemming from how and where we are born. Michel Odent in his book, Childbirth and the Future of Homo Sapiens, writes:

Bacteriology—more precisely molecular microbiology—is a typical example of a discipline advancing at such a high speed that Homo sapiens can now be visualized in the framework of the “microbiome revolution.” A human being may be considered an ecosystem with a constant interaction between the hundreds of trillions of micro-organisms that colonize the body (the “microbiome”) and the trillions of cells that are the products of our genes. In other words, it appears today that our health and our behavior are highly influenced by our gut flora and our skin flora. The point is that each person has a relatively different microbiome. Our microbiome—as a part of our personality—is to a certain extent established at birth, according to the first microbes that colonize the newborn’s body. (Odent 2013, 14)

Would you prefer to have your baby colonized by the microbes from your body and your home, or those from the hospital and its personnel? I wonder what the baby would say if s/he had a choice. Carla Hartley says, “More babies prefer homebirth,” and her words have been given a whole new meaning with these new discoveries!

Michel Odent’s primal health database is a goldmine of information about studies on risk factors for diseases in the period surrounding birth. Many conditions we never would have attributed to the period surrounding birth are indeed established right there. According to Michel, these include obesity, type 2 diabetes, autism, anorexia nervosa, asthma, allergic diseases and many kinds of autoimmune diseases and inflammatory bowel disease. Odent says, “It is clear that from a bacteriological point of view, a newborn baby ideally needs to be urgently in contact with only one person—his mother” (Odent 2013, 36–37).

It is time to re-evaluate homebirth from this perspective of long-term health of the baby and indeed of the mother. Mothers who are happy with their birth experience and who are able to bond with their babies in an undisturbed atmosphere not only have a better foundation for mothering their babies—they have a foundation of good health on which to place their lives. We as midwives need also to keep in mind our place by staying in the background during the first hour after birth unless we are medically needed. We all need to remember that birth belongs to motherbaby and the first hour after birth is so, so important; in fact, it is too important for us to intervene with unnecessary routines. Those routines can wait.