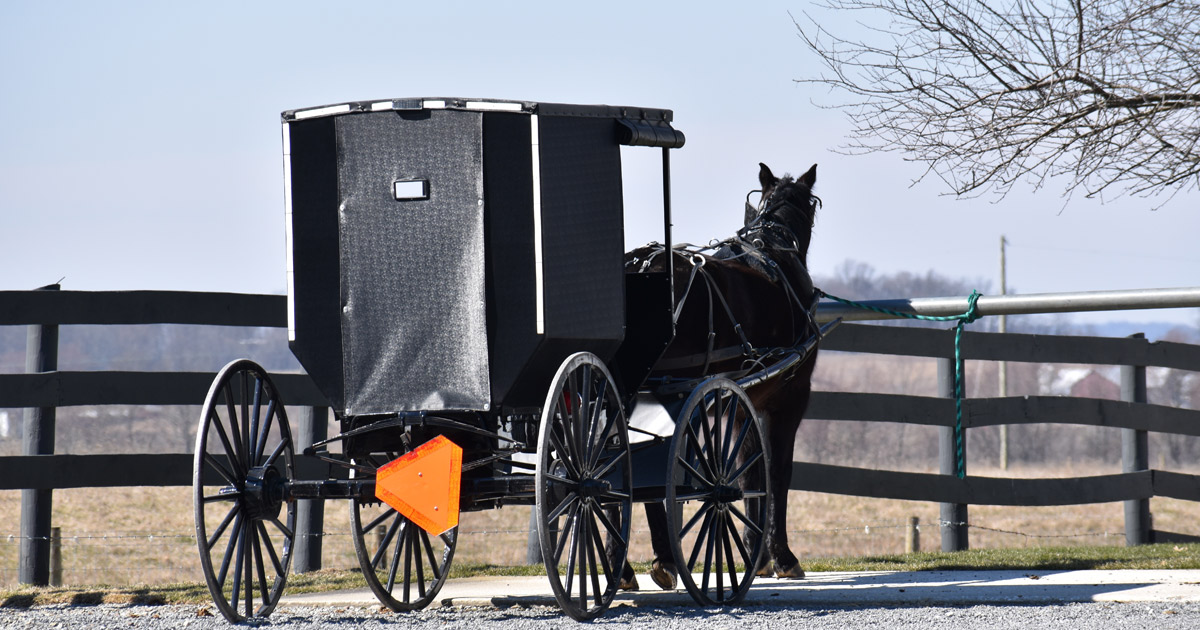 Our visit to meet them was one of the most memorable of my life. I feel like I’ve met angels. Their love and hospitality truly must come straight from the Lord, because it seems supernatural. I haven’t felt that welcome since my grandmother, whom I also consider an angel, passed away just before I turned four years old.

Mollie: “Thirty-eight years ago in April, my first birth took place. I convinced a doctor to help me learn. Soon women didn’t want the doctor and asked for only me to come. Sometimes I went to homes. I had a six-month-old that I left with my husband.”

“My biggest surprise was twins—they were third and fourth babies and weighed 9.6 and 9.7 lb. The heads weren’t that large! The head of the first baby came out and only half of the mom’s belly went down! I clamped the cord really soon and fussed about how cute the baby was and she got another contraction. She and her four sisters had a contest about who had the biggest baby.

“For shoulder dystocia, pray. It’s important to wait for the next contraction. Don’t panic. If the head comes out and then turns black, I get it out! For late babies, I like to use a strong raspberry tea, blue cohosh and nipple stimulation for starting labor. A purple head after a fast labor can also be a nuchal cord. The longest cord I had was wrapped five times around the neck. The baby had been breech and turned on its own. When I had tried to turn it, it wouldn’t turn.”

I asked Mary how long she had been a midwife, and she responded, “Always, I guess. In the summer of 1960, with my daughter a week old, I got caught up in this thing! We got amniotic fluid in our shoes!”

Carol asked, “Why is every midwife such a character?”

Mary responded, “We have to be! It’s all in the word LOVE.”

Mary said, “It’s still awesome after all of these years.” She said that she doesn’t charge if they transport. She told of a ninth baby, where there was no progress. She had the mom walk and walk and do nipple stimulation, and it worked.

Mary’s biggest baby was 13 lb 6 oz and the woman didn’t sustain a tear. “I had to literally get hold of his body and pull him out.”

Mollie’s biggest was 13 lb 7 oz. “This baby was back to birth weight at six weeks. The baby had a lot of water weight.”

To stop premature labor, Mary likes to use cramp bark, calcium, false unicorn, and a little wine if the mom is not against it. Since it’s used medicinally, most don’t mind. She has the mother take a couple swallows of wine every three hours. She tells them to drink a lot of water to keep hydrated.

Mary states, “I listen to the moms. I transported a woman who said she was fainting. Once I had a birth with a hemorrhage and that baby needed resuscitation. The grandmother came in at each prenatal. At the birth she came, too. While I worked on the mother’s hemorrhage the grandmother wrapped the baby and went and opened the kitchen window and did a change of elevation with the baby and it worked. We all pondered how she knew to do this. Was it an old common knowledge idea that got lost?”

The story of Mary’s entry into midwifery is interesting. Her first birth was July 18, 1960. Her friend decided to do her own birth. “I went in the room and the water bag came first. I had never seen a birth. I just went and tore the bag and out came the baby. Another couple wanted to do it on their own and the same thing happened. The water bag came, but they didn’t know what to do and hadn’t thought to break the bag. The 9+ lb baby didn’t make it. She never tried to do it by herself again.”

“When we go in the hospital they think we’re ignorant. One time we went in with a woman who had a 5.5 hemoglobin, with a partially retained placenta. She lost a lot of blood but didn’t want blood with AIDS in it. The hospital staff was surprised that she knew what AIDS was!”

Mary had her first baby at home in 1958 with just her husband. “In my day they tied your legs and arms down and gave scopolamine, so there was no way I was going to do that!”

Carol said, “I think they are making a big deal about mother’s age.” Carol’s oldest mother was 48 and Mary’s oldest was 46, having her 14th baby.

Mary said, “I am a CCM; that’s a ‘Community Created Midwife’.”

We had a lively discussion of what it means to be a midwife and how we were called to become one. In the 70s we were all Community Created Midwives.

Mary said, “The Lord will teach you. I still keep the image of that first birth and of tearing the bag of waters; I just felt the Lord’s hand pushing me to do it.”

Mollie and Mary each received the MANA (Midwives Alliance of North America) Sage Femme award. The award is for midwives who have shown excellence over a lifetime, and Mollie and Mary certainly have!

Each one teach one.
Jan