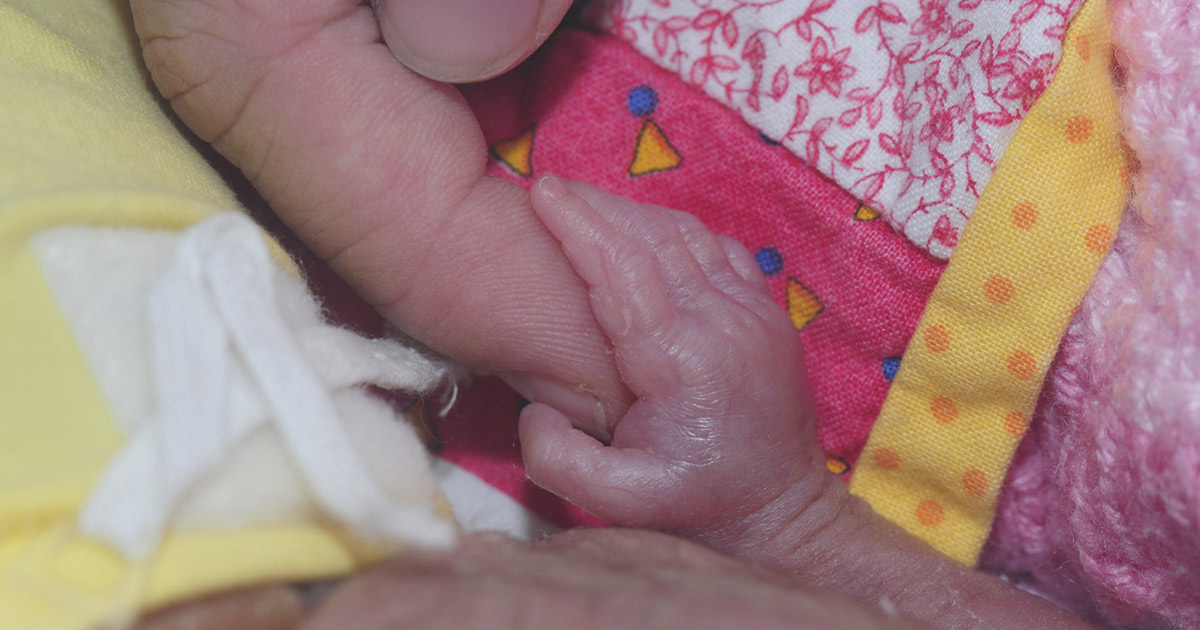 As Sister MorningStar points out in her article, “Prematurity and Perinatal Neglect,” the antidote to threatened prematurity is care. Over a decade ago in MIDIRS magazine, there was an article on how the threat of prematurity could be stopped by a home visit of an hour or two by a midwife. In other words, loving care could stop prematurity! If nurturing care can stop premature labor, why are prematurity numbers on the rise? I think induction is the clear culprit. I have talked with many people whose babies were induced too early, either as routine or under the guise that something was wrong with the baby or because mom had gone past 39, 40 or 41 weeks only to have the baby end up in the NICU with prematurity-related complications.

Here is a quote from the Centers for Disease Control and Prevention:

Each year, preterm birth affects nearly 500,000 babies—that’s 1 of every 8 infants born in the United States. Preterm birth is the birth of an infant prior to 37 weeks of pregnancy. Preterm-related causes of death together accounted for 35% of all infant deaths in 2009, more than any other single cause. Preterm birth is also a leading cause of long-term neurological disabilities in children. Preterm birth costs the US health care system more than $26 billion in 2005 (CDC 2013).

As a midwife, I attended over 300 births and I only had one case of prematurity. We always asked women to do a five-day diet sheet that included weekend eating, since people often eat differently on their weekends. We used this information to check the mother’s diet in order to confirm that she was getting enough nutrition for her body and her baby. Often, we would just look it over to see that it was an adequate diet. That is until one birth changed our practice and caused us to carefully tally protein and other nutrients. The birth that changed us was our one case of prematurity.

We looked back on this mother’s diet sheet to see what the issue might have been and found the answers in her lack of nutrition. The diet looked like a good one at first glance, but once we scrutinized it, we found she wasn’t getting enough protein at only 40 g per day.

Nutrition is a huge factor in the prevention of prematurity, but that does not seem to be known by the medical model practitioners. A healthy diet is the most important factor in having a healthy baby! Most midwives I know have very, very few cases of prematurity because they care for their motherbabies and most understand and impart the importance of a good diet.

I asked a couple of very experienced midwives what their rates of prematurity are and how they prevent it.

From Margie Dacko, who has done 2500 births:

I get women to eat well and to feel confident in themselves and their ability to birth well. I rarely see premature births. This is probably because I don’t care for women who are at risk and because I work with women to lower their risks. I can’t tell you my rate of prematurity, but I have no doubt that it’s less than 1:500 since I have only experienced it a few times (and at least one of those times was with a baby without kidneys). I have had a couple sets of twins go early.

From Carol Gautschi, who has done 1600 births:

I believe that nutrition is the most important key to prevention of prematurity. When someone is willing to take responsibility for their birth, prematurity is mostly preventable. Holism (body, mind and spirit) in clean nutrition and clean hydration, fresh air and exercise is what makes a baby want to stay in! I think they bail when their needs are not met!

I do not often have premature babies. I do remember a young Amish mom having her first baby. I had four prenatal visits with her and from the start she would not follow my advice concerning drinking water or tea and how important good eating was, especially fresh food and protein. Each visit she was spilling protein and her blood pressure was creeping up and she was swelling. During our last visit, I talked to her once again about flushing her body with fluids and eating well. Toxemia developed quickly and it was hurtful to both mom and baby. Her husband called me and told me how swollen her face was and that she had a headache and ringing in her ears. I told her husband to take her immediately to the family doctor. I went to see her the next day, but she was not home. Two days later the University Hospital Neonatal Unit called me to ask about the tests the mother might have completed with me. Baby was born three months early weighing 1 lb 14 oz and was 15 in long. The mother was in a coma. She awoke and healed, but baby was still in the hospital three months later.

While searching the Internet for answers to prematurity, I found little besides mainstream blather. The cause of prematurity is not a mystery—it involves prenatal care. The moral of the story is this: find a really nurturing and skilled midwife for your birth and eat well; this is the best prevention for prematurity. Of course, as Carol said, you must be willing to take responsibility. She and I both say very often, “Prenatal care is what you do between the visits to your midwife!”

Tricks of the Trade: Issue 130