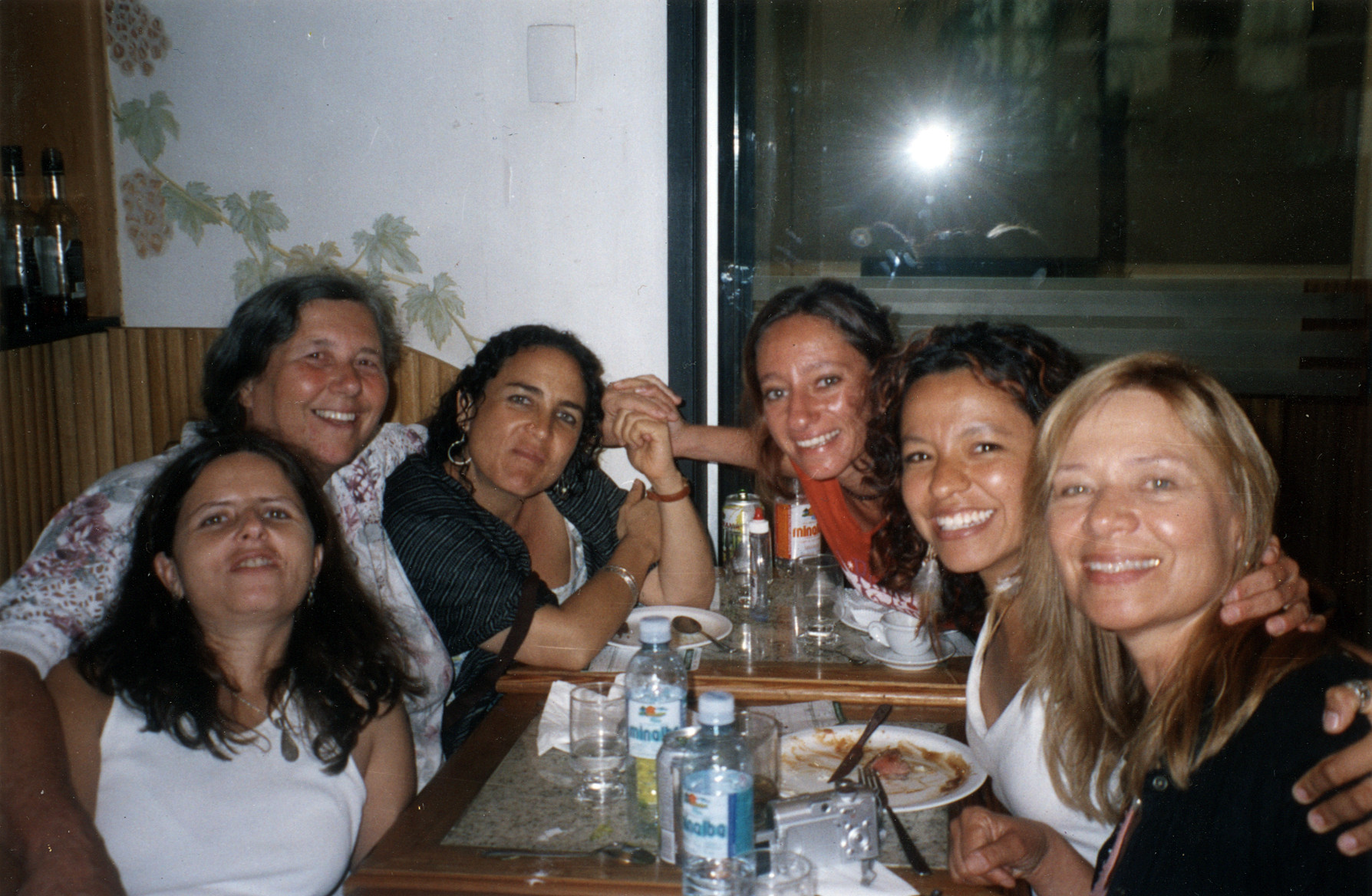 RIPI is a network of midwives, women and natural birth advocates weaving together their strength, knowledge and profound belief in birth. This is important because since we live in a fear-based society, we are forced to work within medicalized systems that undermine our faith in the birth process and women’s ability to birth. Through the network, I imagine fingers, arms, legs and toes tangled together, softly and wisely, passing through our appendages this faith and strength. As it passes from one person to the next it becomes stronger, like a snowball rolling down the mountain. As it moves internationally, it collects more strength. I am reminded of how, after the closing ritual of the conference in Brazil, we sat on the floor and tied together strings of color. The strings wove together midwives, doctors, women and nurses who held birth in common, symbolized through our web of equality through entanglement.

RIPI was formed by the women in the photo to strengthen authentic non-medicalized midwifery. Our goal is twofold:

We need more midwives with energy and passion to help the organization take off. If you would like to help contact jan@midwiferytoday.com.

The need for midwives to claim their independence and autonomy comes as a result of the medicalization of midwifery. On one hand, midwives in a number of countries have made great strides by becoming legally recognized and incorporated into the health system. On the other hand, this “incorporation” has forced midwives to dilute and incorporate midwifery into a medical system. In the US most midwives cannot attend breech or twin births and many cannot attend VBACs. In many states midwives require the backup of a physician to practice. If the physician refuses to back her or a specific birth, she is not legally allowed to attend. How preposterous would it be if obstetricians were required midwife backup, and in order to perform a cesarean they had to obtain midwife backup and we could refuse? I see that as equivalent.

I lived in Louisiana for two years and worked alongside a licensed midwife. Not having a license, I attended VBAC women or others who could not legally receive the care of the licensed midwives. I could have gone to jail, or maybe not, as I would have been considered a lay person who happened to be in a house where a baby happened to be born. Having a license may have been worse. I chose not to take the NARM exam and not to become a licensed midwife just as I refused to stop attending VBACs and other “high risk” situations. I no longer live in Louisiana and I wonder who is helping VBAC women, twins, breeches and others.

Now I live and practice in Chialpas, Mexico, where I run a birth center. I heard a story of another Mexican midwife who was thrown in jail and she served women in jail. How lucky for those women; how important and necessary. That tells me that we cannot be stopped.

Women will have babies, babies will be born and as women find their strength again they will do it at home with other midwives. Some of them will be independent midwives who refuse to dilute their practice or allow obstetrical fear to inhibit their practice—a practice that was safe and feminine for thousands of years but now is considered dangerous and medical.

We need a network of independent midwives who, as a circle, as a spider web, balance and nurture each other, and remind ourselves that not to have a license is okay; practicing from the heart is okay and attending birth is okay because we were born midwives, women were born to birth and babies must be born. Practicing instinctually is all right too, knowing, for example, that a woman is hydrated because we can see with our eyes instead of reading a urine test, or knowing that sometimes placentas stay inside a little longer or babies take longer than 42 weeks to be ready to journey into air. Not only are these things okay, they are important because for many midwives they keep us alive and for many moms and babies, they are the only way to ensure a beautiful natural birth at home.

RIPI can be a home for this movement. RIPI joins us together and thus strengthens us, protects us and makes us visible, not as a movement to be incorporated or discussed within the medical literature or “safe motherhood” programs.

RIPI is there because it has always been there, since Lucy’s midwife rubbed her back under a baobab tree and swam with her through labor in the Olduvay Gorge. Now RIPI has a name, which for many cultures symbolized the soul having secured itself in the body. How important and how exciting. We are a body with an immutable soul; that means we cannot die.

View all posts by Cristina Alonso