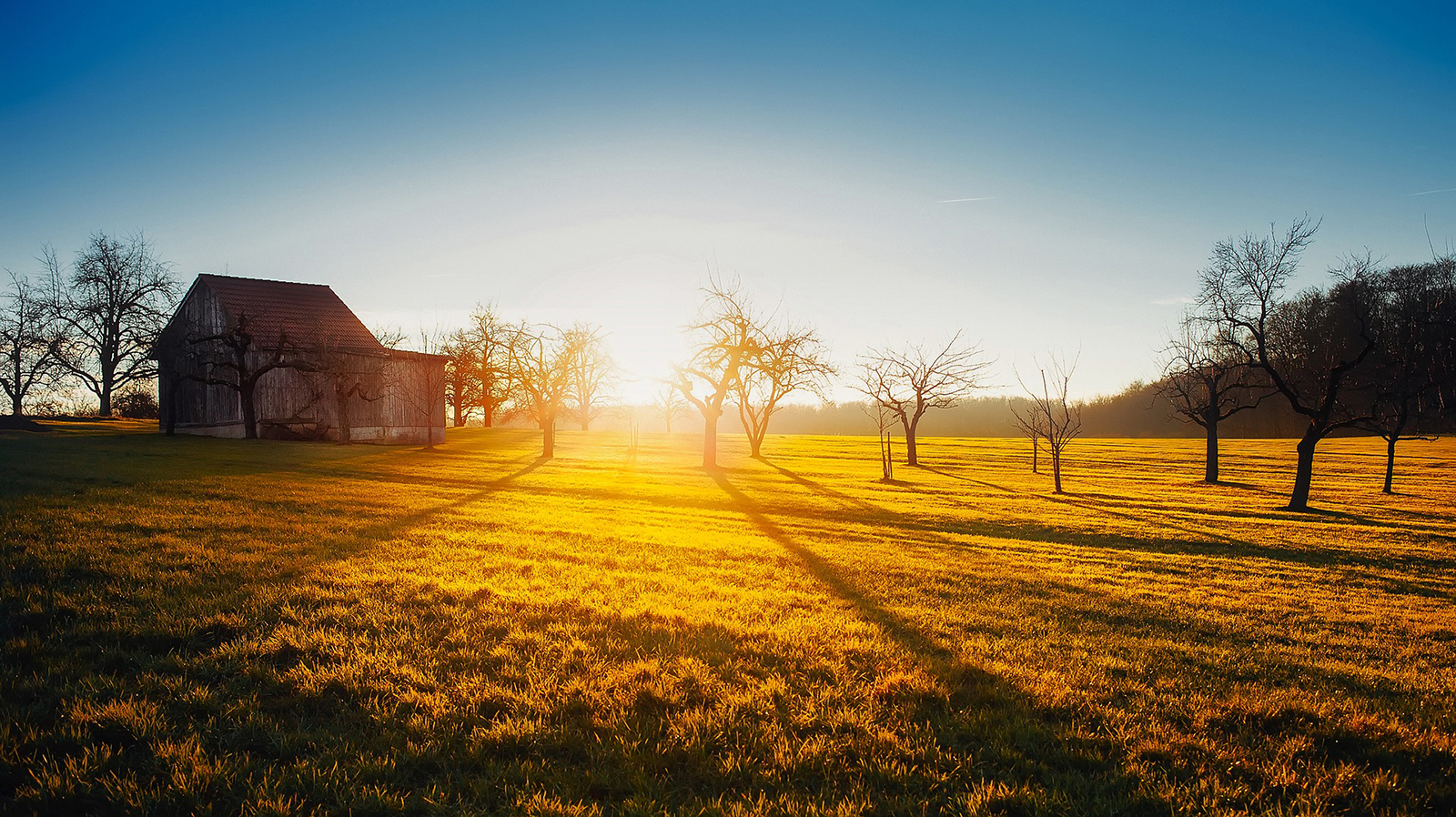 Our deeper understandings of birth can come to us from the most unexpected sources and at the most unanticipated times. One of my most visceral “light bulb” experiences came in New Mexico in the early 1990s when I was taking a break from midwifery and selling health insurance to self-employed individuals.

One day I drove several hours to meet with the general manager of an immense horse farm, hoping to sell a large policy to cover his many farm hands. I ended up wandering through some of the buildings, searching for my appointment. I mentally noted as I passed that one of the stalls exuded energy that felt like birth. Peeking in, I found a swollen mare pacing restlessly in the afternoon quiet, deeply breathing and blowing.

We were in the middle of the insurance presentation about an hour later when an assistant breathlessly burst in, saying that “so and so” was foaling! The manager stood up immediately and said, “Do you want to see a foal born?” He was startled when I asked if it was the mare I had glimpsed earlier. When I shared that I had trained as a midwife and it just “felt and smelled of birth,” he brightened and lost his taciturn ways, suddenly eager to talk about what he loved.

Until the next few minutes I did not fully understand that I was in a very unusual place: a stud farm for some of the most valuable horses in the world. This particular unborn foal was worth about three million dollars and was expected to be of much greater value after birth because it shared lineage with two Triple Crown winners. The horseman explained what I was about to see as we hurried over. He was adamant about his instructions, stressing the careful attention to detail needed to protect the well-being of this babe of breathtaking value.

“Don’t let the mare see you; crouch here in the hallway where you can peek over the half wall of the foaling box—the stress of seeing strangers at this time could put the foal in danger!”

“The only person allowed near the mare is her familiar stable lad; even her vet is crouched as small as possible in the corner.” (And he was, hunched on his heels, silent and still, head and eyes downcast.)

“We keep the lights dimmed, because bright lights agitate and distract the laboring mare.”

“You’ll see that we’ve removed her halter and lead—you would never restrict the movement of a birthing mare; foals have been lost for less! She must be free to move any way she wants.”

“She’s been in this box stall (when not out to pasture) for weeks, because she must be in a familiar environment to birth smoothly.”

“There is her usual water and hay in the stall—never restrict their food in labor!”

“Don’t say a word. Any sound might disrupt the birth and a disruption puts the foal in danger.”

With these admonishments ringing in my ears, I crouched in the dim, silent passageway outside the birthing box with several others. We watched the mare birth a huge colt with grace, barely pausing in her pacing as he slid with a thump to the floor. All was quiet and still in the long minutes afterwards as the colt organized his breathing, gathered himself, and finally staggered up. He was so unusually large and long-legged that he stood on his ankles, his cartilage too soft to support his weight. Still, the horseman was elated with the outcome, passing off the odd and worrisome appearance with a “give him time, he’ll work it out!”

Ironic, isn’t it? The protocols in the world of animal husbandry to protect an offspring at the time of birth—no strangers, dimmed lights, freedom of movement, familiar environment, unlimited nourishment, respectful quiet, no disruptions—are done without hesitation because to do otherwise invites “unexplained distress” or sudden demise of the offspring. These thoughtful conditions are the norm, along with careful observation to determine when to use the technological expertise in true emergencies. When we have veterinarians in our childbirth education classes, they always start to smile and nod when I tell this story. In fact, what did your mom tell you when you found the cat birthing kittens in the drawer? “Shhhhhhh!” And why? Because she MIGHT STOP GIVING BIRTH (AND move the kittens!). These are givens—instinctive givens, even, for animals of all descriptions!

Yet what are the “givens” for the human who births not in a barn, but in a “modern and advanced” hospital? In many cases, 100% the opposite! Usually a minimum of a dozen strangers pass through the world of the laboring mother in her first 12 hours in the hospital—security officer, patient transporter, triage secretary, admission clerk, triage nurse, resident and/or doctor on call, admitting nurse, first shift nurse, break nurse, additional nurse at delivery, doctor or midwife plus possibly students, anesthesiologist, pediatrician, etc. Bright lights in the triage and labor rooms are challenging to dim. Mothers are tethered to monitors or IV poles and are moved through a bright hall with unfamiliar sounds to a new room in a building devoted to illness/trauma that most have visited once briefly if at all. They receive poor quality “clear liquids only.” They are exposed to voices of others in the hall or chatting by the attendants during contractions and endless disruptions throughout! But then, do we ever find that we have an offspring experience “unexplained distress?” Of course, and at frightening rates! Yet, oddly, many of these disruptions are promoted as minor inconveniences or necessary to “protect” the baby.

Curiously, while veterinarians commonly have to defend interventions in light of the additional cost and the risks associated with interfering with nature, providers caring for human mothers within the medical system more commonly are forced to defend why they did not intervene! Consider the high rates of inductions, epidurals, artificial rupture of membranes, immediate cord cutting, cesareans, and the vigorous defense necessary to fight for anything different, especially if time is involved (time to go into labor, to progress, to push, to allow the cord to stop pulsation, or to get “done” bonding). I’ve recently seen outstanding CNMs and obstetricians sacrifice their own political reputations and suffer departmental reprimands for births with great outcomes where they protected the mothers’ yearning for privacy, allowed extended pushing time with great vital signs or, during a healthy normal birth, followed their intuition and honored the mother’s begging to check heart tones frequently by hand during pushing instead of what the mother considered the massive intrusion of wearing the monitor belt. Interventions are considered to be the ultimate protection from litigation in human care, yet they contribute mightily to the high rates of distress in mothers and babies!

In animal husbandry, the first line of defense for protecting the unborn is to protect and nurture the nutritional needs and comfort of the birthing female. In the case of institutionalized birth for humans, however, in spite of evidence to the contrary, the norm is to act as if the nutritional needs and the comfort of the birthing mothers are of concern to, at most, the marketing and public relations department! It’s an affront to common sense that as a society we are currently more accepting of the needs of foaling mares, whelping poodles, and high-producing cows than of our birthing humans. From the high rates of fetal distress, meconium staining, and breastfeeding problems, the consequences are clearly devastating to our infants, just as any decent horseman would predict.

Beth S. Barbeau, CPM, LM, began attending births at age 16 with the “Motor City Midwives” of Detroit, Michigan, in 1979. She came of age with traditional apprenticeships that began with Anne Frye and Harriette Hartigan, and has had her own homebirth midwife practice in Michigan since 1998. She recently became a certified and licensed midwife as newly required in Michigan.

Beth developed the Holistic Doula program for the Naturopathic Institute of Therapies and Education (NITE), where she has been the lead instructor since 2008, and also teaches other threshold work, Death and Dying, in their Certified Naturopath program.

She is a contributing writer for Midwifery Today, and in Woman Safe Health: The Antidote to Status-Quo Health Care (2016), Survivor Moms (2008), and Recipes for the Childbearing Year (2007). Additionally, Beth is featured in The Good Work (2017), an award-winning short birth film.

Her lifelong passion for natural health led her to found Indigo Forest (2007–2016), a natural health boutique and class studio for young families that offered mothers’ groups and classes on fertility, pregnancy, birth, breastfeeding, parenting, and holistic health. Beth also has decades of experience helping her clients with Resonance Repatterning, and improving their health with naturopathic nutrients, herbs, and remedies. She has taught extensively—from teens to professionals—in classes, workshops, conferences, and post-secondary education, and is widely known for her lively and in-depth classes.

Beth’s mission, “Healthy births, Healthy lives,” is to bring respect for baby’s experience and neonatal communication into prenatal care, birth, and postpartum. She is the mother of two teen boys, both of who’ve been overheard recently, eloquently, and accurately offering laboring and breastfeeding advice.