Midwifery Today > Issue 142 > The Medicalization of Midwifery and Birth 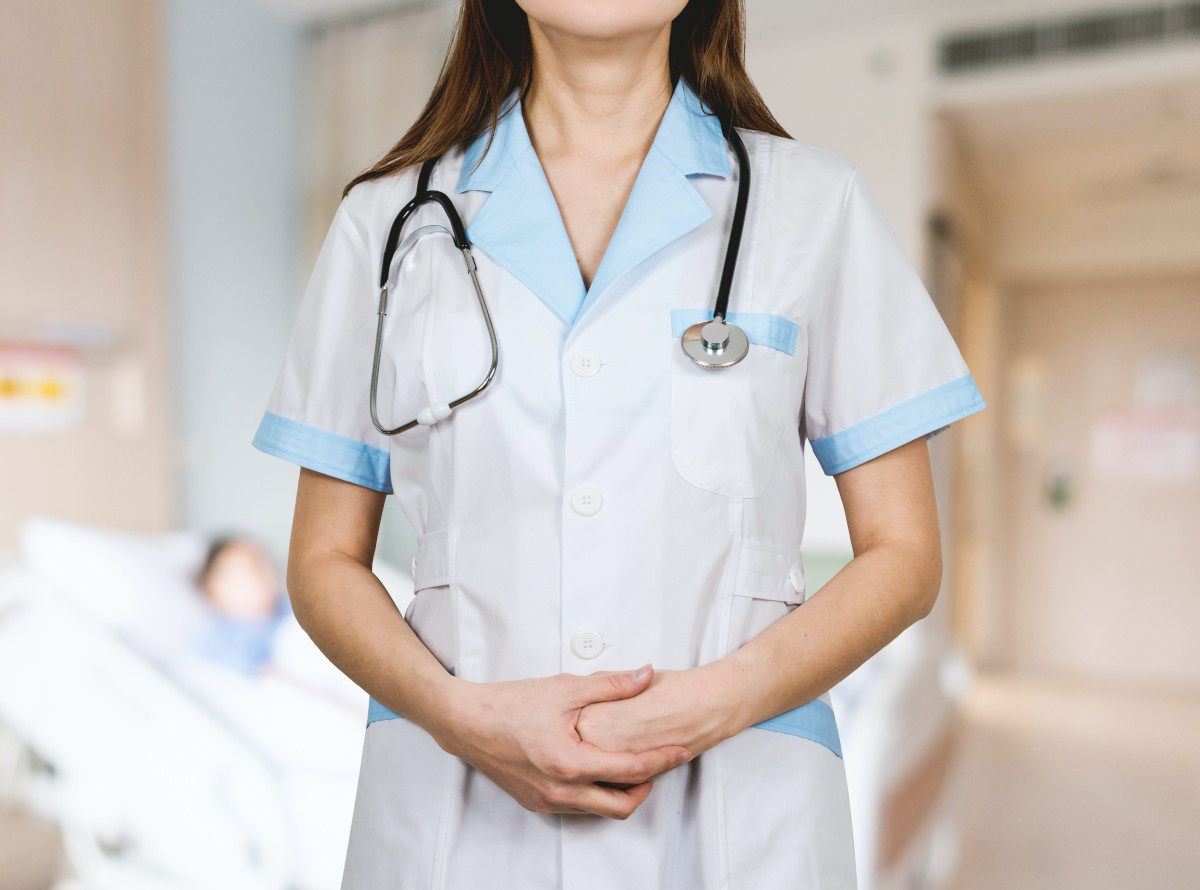 The term “medicalization” refers to the process in which conditions and behaviors are labeled and treated as medical issues. Medicalized birth came about in the early 1900s with advances in pain relief, antiseptic and aseptic surgical practices, and surgical techniques and outcomes, alongside a rapid rise in people’s faith in scientific medicine.

My mother was born at home safely, along with her twin sister, but when she started having babies, homebirth had fallen into the background as hospital births gained prominence. Women were more in favor of twilight sleep and formula-feeding, since they were easier, and it was considered more fashionable to save their figures for their husbands (according to my mother).

My midwifery journey is into its 40th year, having started at the grassroots level by the example of my mother—who had 12 children in 15 years. Those births include two sets of twins and two breech babies, as well as one who was 10+ lb. My mother said that birth is a natural process, painful, but “pain with a purpose.”

When I had my first child, I was not afraid; I knew childbirth was a normal body happening. I looked for a midwife, but couldn’t find one, so I went into the hospital where I worked and where I was getting my prenatal care. My Ob/Gyn, Ohio’s best, agreed to my birth plan: no pain meds, laboring naturally, walking around, squatting, no episiotomy, pushing in an upright position, and my mother as my labor coach because my baby’s daddy was serving in Viet Nam. I did not get anything as agreed, because I labored alone as my mother was trying to get to me and I had no one to support me or advocate for my wishes. I had an IV, a pudendal block, a deep episiotomy and a forceps delivery—alone.

I learned that the medicalization model was overwhelming and you must have an advocate, because in 1970 women had no voice in their birth and it was easy to get lost in the process.

Since that time—between 1970 and 2022—a span of more than 50 years, you can no longer wait to go into natural labor, as I did at 42.6 weeks gestation. Most Ob/Gyns only let you go to 41 weeks gestation, and this is after starting internal exams at 36 weeks and starting to “strip the membranes” (see sidebar) at 37 weeks gestation. Do expectant parents—especially first-time parents—even know that not all menstrual cycles run every 28 days? If your cycle is 32, 35, or even 45 days, a “due date” adjustment must be made to be accurate.

Stripping the membranes refers to a procedure done during a regular office prenatal visit when the protocol is to not go beyond 41 weeks gestation. A finger is inserted through the cervix—which requires that the woman be at least 1 cm dilated—and the amniotic sac is manually separated from the lower part of the uterus with a sweeping motion. This is to trigger release of prostaglandins, which may help ripen the cervix and cause contractions to begin.

Many women report that this procedure is painful and some experience nausea or bleeding.

An alternative is to make love during advanced pregnancy, with the woman on her side or another more comfortable position. This can provide more prostaglandins via the sperm than a finger “strip” can.

When a 28-day cycle is used to determine due date based on last menstrual period, if membranes are stripped and your water breaks, but you do not have contractions shortly thereafter, under medicalized childbirth, you are now on the “ruptured membranes” clock. Under this system, if contractions do not begin within a certain amount of time—usually 8 to 10 hours—Pitocin is started. The point is that the cervix may not be “ripe” and consequently a lot of Pitocin will be required to induce the body to go into labor before it is ready.

Birth has become a medical procedure/event/happening in the hospital because most Ob/Gyn practitioners are looking for an emergency or crisis to occur and, to be fair, most hospital maternity staff are trained to look only for problems or do certain tests and procedures at specific times during gestation.

Most birth workers in the hospital or even some birth centers do not know or understand natural birth. The emotional aspects of pregnancy, labor, birth, and postpartum are ignored or not discussed. Our emotions play a large part in creating that baby and also have an influence on labor and birth.

Most birth statistics do not combine both homebirths and hospital births. Most of the older family practitioners are gone or retired—doctors who cared for the whole family but who would refer to “specialists” if a situation arose that was out of the sphere of their experience.

Birth has become medicalized to the point that a woman has to have two belts, with large hard plastic monitoring disks, to monitor fetal heart tones (FHT) and contractions. If those fail to give a “good” readout, a small corkscrew wire is placed in the baby’s scalp to provide a better readout on FHTs and an intrauterine monitor reports on the strength of contractions.

Other medical interventions often include:

While some births need some or all of these medical interventions, in my opinion and experience, many of these are used routinely whether needed or not. There are also midwives—who are really medwives and want to use some of these procedures as standards in their practice.

We need to teach the women/families we serve that nutrition is the most important part of a healthy pregnancy, along with exercise, good relationships with caregivers, and education about labor and birth, as well as some of the “birthing helpers” we have now, such as Spinning Babies, pelvic floor exercises, labor and birth positioning, waterbirth, personal birth knowledge from prior births, prayer, and music, in a personal space where they feel safe and secure. Also important is discussion of Plan B: going to the hospital if needed as a backup, to a supportive Ob/Gyn.

I understand that these backups are important, but our focus needs to be on an understanding of birth as natural, as we care for these birthing women and their families. I salute all of you birthworkers who are helping women and families as they have their precious babies.

Mary L. Cooper has been a direct entry midwife since 1978, with 4000+ babies. Mary believes in all aspects of the birthing process, birthing women, and the full circle of birth (which at times includes death). At workshops, Mary shares this “sacred ground,” which includes: VBACs, twins, breeches, uterine death, birth anomalies, and healing births. She is a “caretaker” for elderly people, as all lives come to an end. Mary is thankful for the wisdom shared with her by women and babies she has helped.