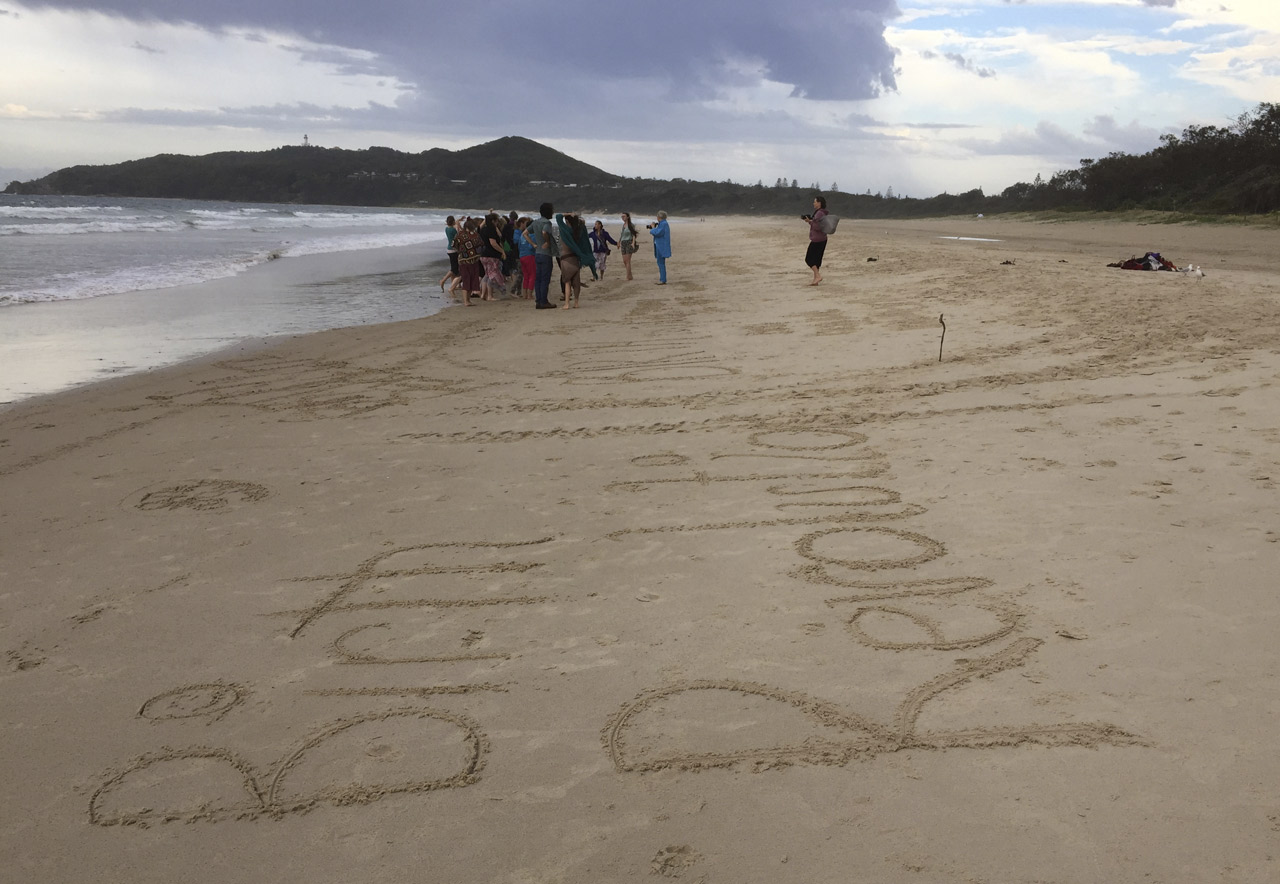 The Birth Revolution is like the slow food movement—it takes time to cook, it tastes best in community and a small taste leaves you wanting more.

Two Fijian midwives arrived just as the beach party ended. When they learned the reason for our gathering, they said, “We definitely need a Birth Revolution in Fiji.” They gave me a turquoise shirt with matching earrings and generously offered to have turquoise clothes made with “Birth Revolution” embroidered on them. And so the revolution grows—organically, naturally and now stylishly.

My good friend, Deborah Allen, likes to write the word birth like this: BEARTH, marrying the words birth and earth. If you think about it, more respect for Mother Earth would certainly translate into more respect for birth. Right now, heavy-handed industrial interests have trumped natural systems on earth and at birth. Birth, Mother Nature and all that is sacred should be regarded as such and not be at the disposal of monetary interests.

Our action on the beach was fun and included folks from the greater community.

Another symbol of the Birth Revolution is the Liberty Bell to celebrate “belly freedom”! Editor’s note: Another is the color turquoise.]

Diana Paul gave birth to all three of her children at home. Her husband was “midwife” for the first two and Peggy Vincent for the third. She practiced as a midwife for 10 years and then picked up her camera, filmed births and started the non-profit, Love Delivers. She is the producer of Birth Day, Attending Birth, Miss Margaret, Five Countries, Six Births, Seven Babies, and several custom videos.

View all posts by Diana Paul

We’ll Grow Back When the Rain Comes: An Update from Haiti