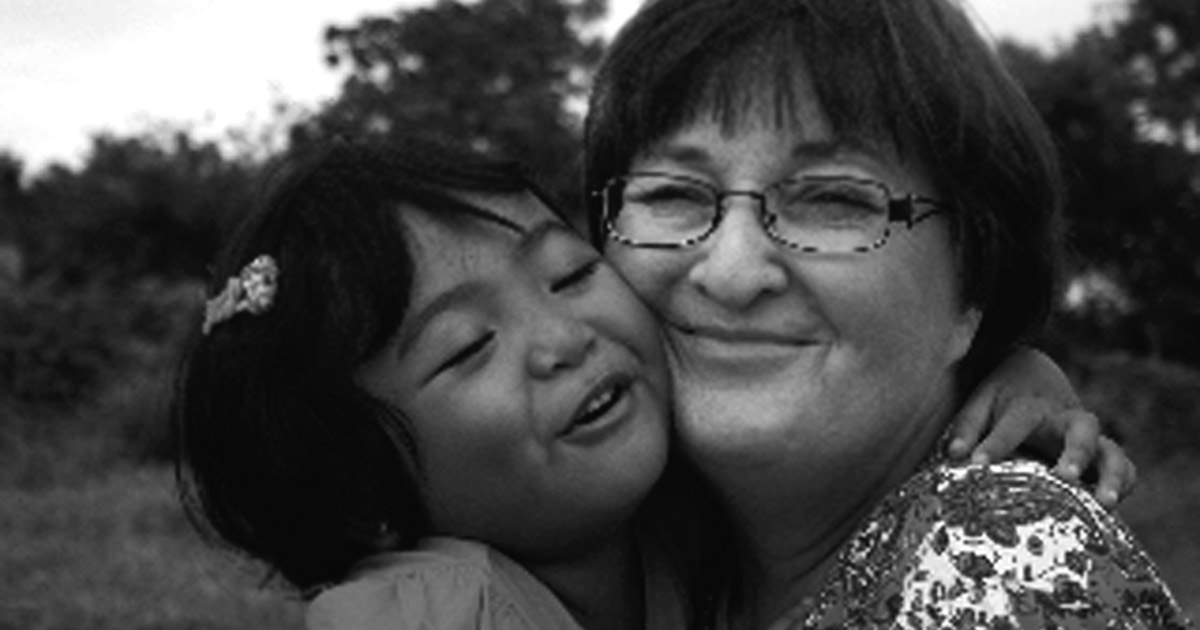 It’s 6 am; the sky is beginning to lighten in the east. I walk the two blocks from my house to my clinic, Gentle Hands. The air is cool and the city is still quiet. I walk up the stairs to the delivery room and enter to find exhausted midwives turning their weary eyes towards me.

I look around the room. The sweating, panting mom trembles and weeps, the atmosphere heavy with fatigue and despair. Suddenly the rush comes, the familiar electric sense that I know what to do, that it will be done.

“I’ll take this shift,” I say gently to the midwives. “Why don’t you guys go have breakfast.”

I look the mom in the face.

Gloves on, as the sun rises, I let the power flow through my voice, my hands, my spirit. “Come on, mama … push!”

She raises her pleading eyes and something changes. She begins to work. Dad begins to speak loud words of encouragement.

I shout gladly, watching the energetic baby burst out onto the perineum. My hands do their magic—as if stretching on their own. They cajole, they feed power to the mother and a vigorous baby is born with the sunrise. We are all giddy with relief and excitement and the grateful parents name the baby after me, “Denie Hands” because “my hands are magic.”

For 20 years, as a missionary midwife working among the urban poor women of metro Manila, I taught prenatal classes and delivered babies. My husband Dennis and I founded Gentle Hands in 1990 as a foundation to help poor, urban women whose only birthing options were crowded, filthy government hospitals or staying at home with an untrained hilot. We grew from humble beginnings in our living room where I taught prenatal classes to a well-equipped level four birthing center. I trained local midwives to a higher standard of care, given with respect and love to each woman. Along the way, I, the stranger, the foreigner to this culture, learned a lot.

The Philippines is a matriarchal society: The mother reigns supreme. But for all of that, women are disadvantaged in many ways. Among those who live below the poverty line (in 2010 it was 32.9%) there is a great deal of superstition due to lack of education. Birth control is perceived as abortion in many cases. Nevertheless, abortion attempts are common: by taking herbal medicines, by ingesting drugs, by hilot “massage.” These attempts often result in damaged babies and maternal death. In some of the very poor areas of metro Manila, it is not uncommon to find fetuses floating in the estuaries. In all of my 15 years of teaching childbirth classes, birth control was a sticky subject.

“I’ll get fat.” “My husband will get a girlfriend.” “I’ll become weak.” These were some of the cultural and social stigmas that most women were not prepared to confront.

And male birth control? Hopeless. We offered free vasectomies for five years and had only two takers.

Filipino women are beautiful, and tiny by Caucasian standards. Most are around five feet tall and many of them, even at a full-term pregnancy, weigh just around 100 lb. Many of them have bleeding problems at birth due to diets deficient in protein and vitamins. Hypertension is quite common. We used to treat it very simply by giving women boiled chicken and lots of water for just a few days. Approximately 75% of the women I worked with had an estimated blood loss (EBL) of 500 ml or more.

Expectant moms are often told by family and friends not to eat too much so the baby doesn’t get too big to come out. They are advised to wear a bigkis—a type of rope tied above the growing uterus to keep it down low. They are not supposed to lift or carry or walk too much; however, the easiest births were with the women who were active, who squatted daily to do their washing in a basin on the floor, who worked hard and carried heavy loads and other children on their bulging bellies. We actually coined a term, “pastor’s wife syndrome,” for women who were mollycoddled and spoiled during pregnancy. They almost always ended up with some problem during birth because they simply were not fit, having been told to “rest” during pregnancy.

Culturally, birth is quite a public event. In the small barrios, or villages, there is little privacy and the sights and sounds of birth are common. Mothers often stay with their birthing daughters, and aunts and sisters pitch in to help. There are good things and bad things about this. The baby becomes a “family baby” who is comfortable with everyone in the extended family, but it can cause a lack of bonding with the mother and lead to breastfeeding problems, as grandma takes baby away and gives him or her a bottle of formula or sugar water so mom can rest.

Filipinos consider the colostrum “dirty milk” and often don’t put the baby to breast for a day or two after birth. By that time, of course, engorgement has started and the baby is bottle-spoiled. Breastfeeding problems are a huge issue because milk formula companies advertise heavily. It is a status symbol to have your baby bottle-fed. The poor people water down expensive powder and end up with a thin, pale baby who is starving, and a mom whose breasts are painfully overfull of delicious, natural milk.

One of the most beautiful sights I’ve seen as a midwife was a woman on our birthing stool, supported by her brother-in-law. The husband was overseas and had asked his brother to be his representative. The brother held the laboring woman in his arms, straining with her, and wept tears of joy when the baby was born. This is real brotherhood, taken seriously by Filipinos!

We always hated to have to transport our moms and held off until there was no other option. Hospitals here are divided between the rich and the poor. The good hospitals, available to those who can afford them, are clean, modern and caring. The government hospitals, where urban poor women can scarcely afford to go, are supposedly modern and accepting. The reality is that unless you have cash-in-hand and extra family members to stay with you, bring food and demand attention, the care is casual and medicines are often unavailable. Every cotton ball, glove and syringe must be paid for. Even with a health plan, the system is overloaded and cumbersome.

I’ve stood open-mouthed in government hospital delivery rooms watching an OB go from woman to woman, doing vaginal exams with one glove, never changed or washed. I’ve seen a doctor take a tray of instruments from an autoclave and run them under tap water because they were “too hot.” I’ve gasped in horror as an emergency room resident, exhausted and cranky from too many hours on duty, slapped my patient in the face when she got down on all fours during a contraction. I cleaned red biting ants off the perineum of a postpartum mom almost unconscious from hemorrhage and dehydration as she lay in a bed with four other women. I’ve seen episiotomy scars that extended three inches into the buttock and gaping vaginal holes of separated tissue from a broken-down episiotomy.

In spite of all the horrors women experience at the hands of poorly educated doctors and ill-equipped hospitals, there are many beautiful things about birth here, if done in a natural setting. There is patience with the process—no one gets upset if it takes too long. There is a sort of fatalism that prevents premature panic. The Filipino midwives I worked with were excellent at not panicking and I learned from them. I learned to wait for the mother’s body to acquaint itself with the birth process and for the baby to begin the birth when she was ready. I learned to wait for third stage. I learned that the human body is an awesome work of art that will do its best to fulfill natural functions when not interrupted.

The Filipino culture lends itself to the love of children and family. These are the highest values of all. For the most part, children are greatly treasured, enjoyed and held. One of my favorite births ever was with a 48-year-old woman named Rebecca who was having her 11th child. She walked into Gentle Hands in the morning, gave birth quietly and without a sound at noon, and by late afternoon had gone home, new baby boy Isaac in her arms, to cook dinner for her family. Peaceful laughter filled the room when she gave birth. Her body was toned and fit and her face was alight with the joy. I was in awe of this mighty woman and the power within her. She is a perfect example of birth done right in every way. The Filipino way.

Denie Heppner is a missionary midwife who has lived in the Philippines since 1987. She and her husband, Dennis, founded Gentle Hands, Inc., in 1990 as a birthing clinic and a way to educate and provide safe childbirth for urban poor women. From 1990 to 2005, about 5000 babies were born under Denie’s supervision with skilled Filipino midwives whom she had trained. Gentle Hands is now a child rescue center. Denie is now retired and a full-time stay-at-home mom to Emma Rose, her 4-year-old adopted Filipino daughter. Visit Denie’s blog at: http://sunshinenshadowz.blogspot.com/.

View all posts by Denie Heppner