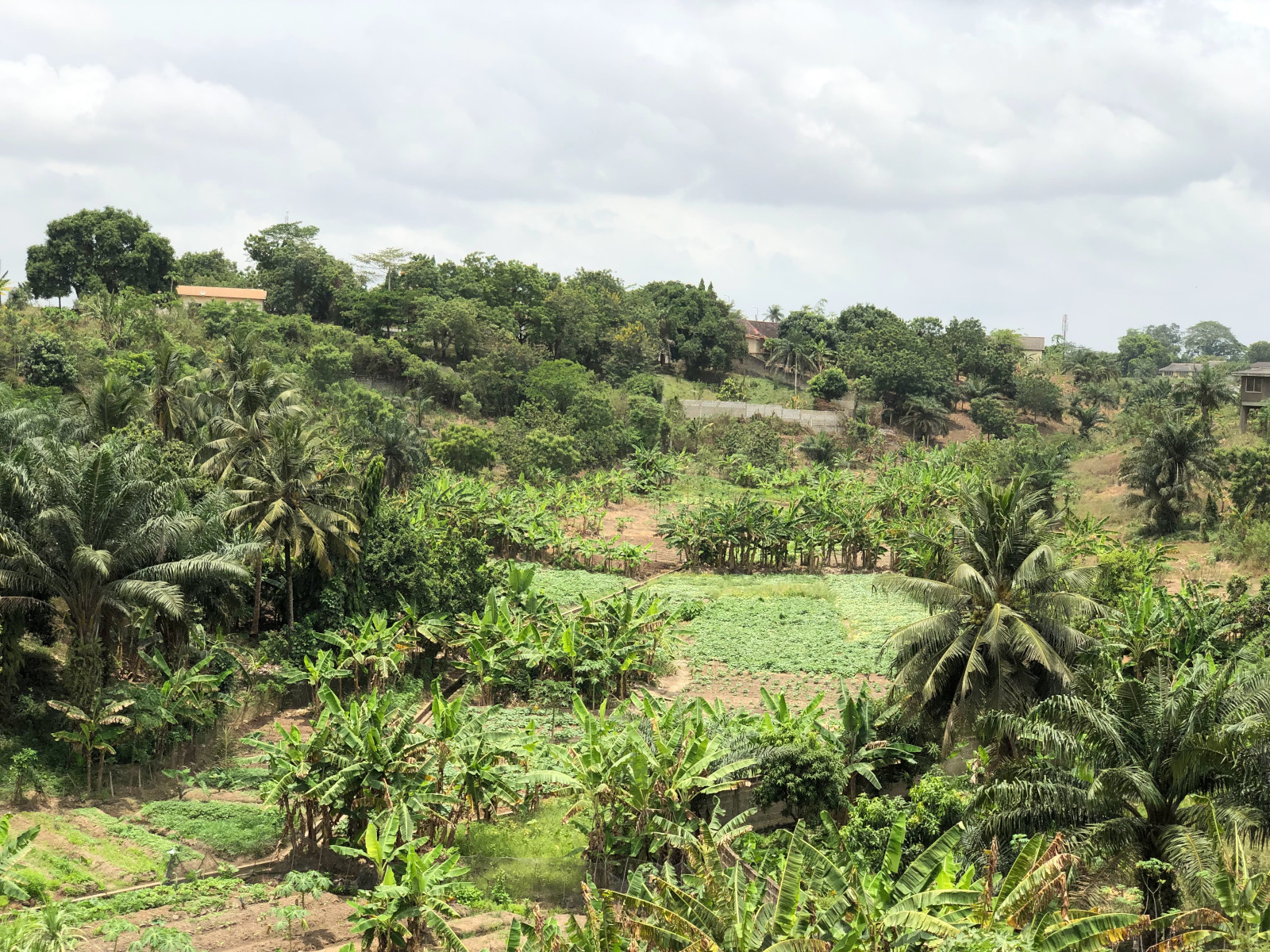 Justification for the Organization

Currently the public health system in Ghana is inadequately staffed in relation to the workload. Consequently, clients who visit health care facilities do not receive the full benefits that such facilities could potentially offer. Women in greater Accra, Ghana, often must wait up to nine hours per day at the antenatal clinic to see a doctor or midwife for approximately three to five minutes. This does not give them enough time to learn about what is happening to their bodies and what they might expect next from their pregnancy. Therefore, women and their partners are turning to unqualified or untrained citizens for answers to their questions. The information they receive often contradicts the recommendations that a health professional would give if he or she had the time to adequately counsel clients. This ultimately defeats the original aims and objectives of the antenatal and postnatal system and even places mothers at greater risk for complications.

After being trained as a midwife in 1987, I began serving women in Ghana through the maternal and child health services. In 1998, while working in a public health institution in Accra, I was posted to the Public Health Unit in order to help run the antenatal and postnatal clinics there. While there I learned that the majority of mothers were ignorant about reproductive health issues, especially in the area of childbirth. I believed that this ignorance was a major factor contributing to the high maternal and infant mortality and morbidity in Ghana’s hospitals and clinics.

In 1999, I began conducting an informal survey in the hospital’s antenatal health clinic. The survey revealed that approximately 85% of mothers giving birth for the first time were almost entirely ignorant on issues related to childbirth. They didn’t know the signs of labor or the danger signs to watch for at each stage of pregnancy.

I also found that women were almost universally ignorant on the details of breastfeeding, including the proper positioning and attachment of infants. I recognized that approximately 15% of the children aged three to 12 weeks were malnourished and had poor growth, and that this was largely due to their mothers’ ignorance regarding breastfeeding.

In order to combat some of this lack of awareness, I tried to answer mothers’ questions. Mothers became so engaged by the information they were receiving that they were prompted to ask more and more questions. We had only limited time to respond to these questions due to the fact that other obligatory clinic procedures, like weight and blood pressure checks, and abdominal palpations, had to be conducted. The health education I was able to provide was not detailed enough to remove the fear and anxiety that women felt or to even address the myths surrounding childbirth, which are so common in Ghana. (See sidebar.) These beliefs or “myths” often negatively affect women’s health or hinder their ability to care for themselves during pregnancy and childbirth. Some of these myths affect their nutrition, some their comfort levels, while others put their lives at risk.

I also witnessed these mothers in the labor ward. When giving birth, women’s lack of cooperation put their health and their babies’ health in jeopardy and made the nurses’ and midwives’ jobs more difficult. Women’s inability to cope with labor often negatively affected the outcome of their deliveries; they suffered complications at birth or they invited infection after birth because they were unaware of how to properly care for themselves.

At postnatal clinics I saw the same mothers with their young children, presenting common ailments such as malaria, malnutrition and diarrhea. I couldn’t help but think that if mothers had the facts on safe childcare practices and disease prevention measures, these children wouldn’t be suffering from potentially fatal, yet preventable, diseases. I decided to directly ask the pregnant women at antenatal clinic: Do you want to know more? Are you willing to come another day of the week to the hospital purposely for childbirth education? Their response was an overwhelming “yes.”

Out of these experiences came a new organization, Eve’s Foundation. Named after the first mother of creation, Eve’s Foundation is a Ghanaian nongovernmental organization (NGO) committed to the provision of adequate and effective information, education and counseling and helping on matters relating to reproductive health. Special emphasis is given to childbirth education with the goal of helping to reduce the high rate of maternal and infant morbidity and mortality in Ghana.

The organization’s mission is to help women and men of reproductive age gain insight into safe childbirth practices, the prevention of sexually transmitted diseases, such as HIV, and fertility control, in order for them to be empowered to give birth to the number of children they desire and can adequately care for.

In January 2000, Eve’s Foundation began childbirth classes with eight expectant women in attendance. I drew up a ten-lesson course, and the pregnant students faithfully attended every other Saturday until their delivery day. The first three students to go into labor demonstrated the impact of education: there was a dramatic difference between their labor process and that of their counterparts in the ward who had not attended classes. Their labor lasted two to four hours because these women were well-informed and prepared to optimally manage the stages of labor. They knew the physiology of their bodies and trusted that their bodies would carry out what they had prepared them for. The midwives wondered what had transformed their patients into mini-midwives, who almost delivered on their own. My colleagues testified that their difficult jobs are made easier with women who have trained with Eve’s; the difference between students and non-students was always evident to the midwives. Gynecologists have also testified that their jobs have been made easier because of the program; when seeing an average of 125 women for roughly three to five minutes each on a typical antenatal clinic day, the gynecologists are unable to attend to the integral needs of their patients. The strain of clients is just too much for them.

With these results and the testimonies of the women, I was encouraged to register Eve’s Foundation as an official NGO in Ghana in 2003 with the intention of expanding our services to other needy parents.

Achievements of the Organization

Since its inception Eve’s Foundation has offered classes free of charge to all women and their partners. It has trained nearly 1000 mothers and 60 men. Clients have consistently attended classes, traveling from different parts of Accra, the capital city, as well as from rural areas of Ghana.

Most of the clients who have passed through our training program testify at every available opportunity about the positive effect on their lives. Their testimonies have greatly encouraged other clients to attend, thus increasing the number of participants at every session. Currently, we see an average of 60 women per class. In March 2004 we taught one class with 85 women in attendance. For mothers who attend Eve’s Pregnancy School, birth is a positive experience and they go through pregnancy with joy and confidence.

Midwives attest that complications of childbirth have greatly reduced with Eve’s-trained mothers and that the babies of such mothers are healthy at birth and do not often get sick in early childhood.

I believe this is every woman’s right and that this will help ensure the health of Ghanaian families for generations to come.

Ignorance is clearly the main culprit in the high maternal/infant morbidity and mortality rates in Ghana. I am now convinced that mothers’ lives can be saved with a little sacrifice and extra hard work.

My dream is to establish the first-ever pregnancy school in Ghana—a well-equipped center where people can walk in, obtain evidence-based factual information and leave enlightened on reproductive health and rights, as well as obtain education on childbirth. This would be a welcome place for fathers and we would continue to actively involve males in childbirth. Additionally it would conduct outreach to the public on the same matters.

Florence Okra, SRN, a midwife and a public health nurse, is the founder of Eve's Foundation. She is a single mother of two boys: Kwame, 20 years, and Nana, 15 years. Her happiest moments are when she is teaching birth classes

View all posts by Florence Okra