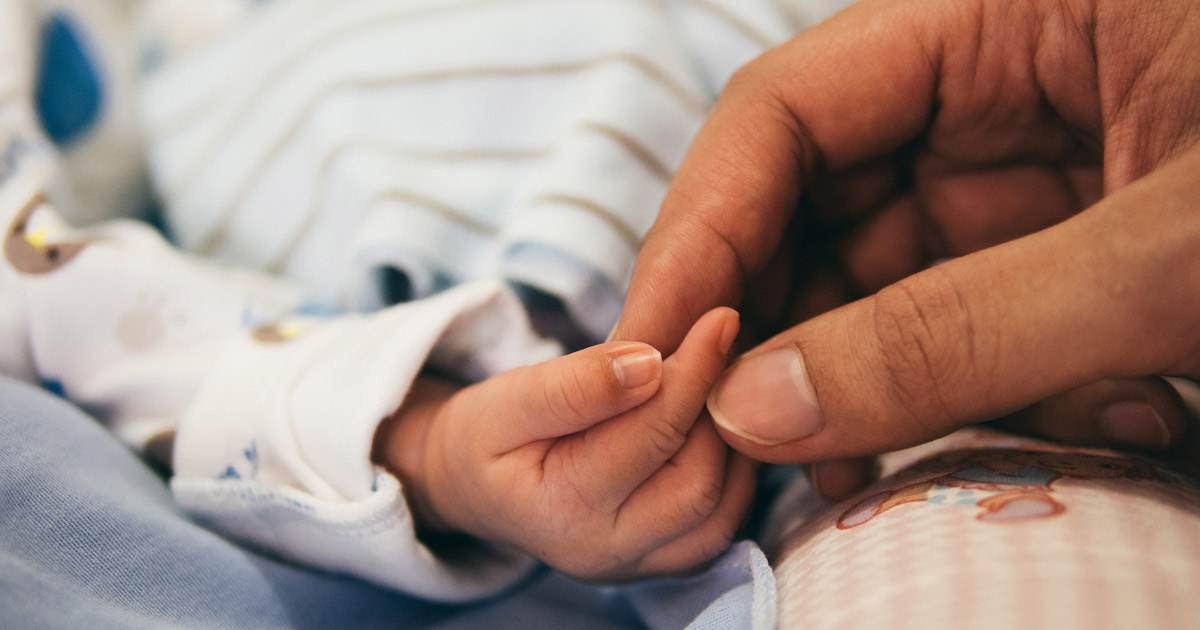 FlipFLOP is a memory tool listing four successful techniques to free a baby from shoulder dystocia, an emergency caused by one or both shoulders caught by the pelvis after the birth of baby’s head. In FlipFLOP, two well-known midwifery techniques combine with two effective obstetrical techniques for a step-by-step solution suited to helping an active birthing woman. In FlipFLOP, the four steps spell out the word flop like this:

The F in FLOP

From Central American midwives, Ina May Gaskin learned that with shoulder dystocia, it is best to turn the mother over onto hands and knees. The success of this maneuver (and our love for the messenger) is revealed by the fact that this technique was named after Ina May and is now commonly called the Gaskin Maneuver. It is often the turning over onto hands and knees that frees the baby.

The L in FLOP

Lifting the leg puts the knee to the mother’s armpit and the foot flat on the floor (or mattress). This posture pulls Tullyopen half the pelvis on the same side as the lifted leg. The mother looks like she may be in the starting position to run a race, so we call it Running Start.

The O in FLOP

Rotating the shoulder girdle of the baby into the oblique diameter of the pelvis was popularized by the insight of Woods in 1943. Later, Rubin reversed the direction of the dial, so to speak, to adduct the shoulders, thus reducing the diameter of the baby. I’ll discuss a hand placement that protects the baby’s bones from breakage.

The P in FLOP

Bringing out the posterior arm is an old technique that has recently gained much praise. With one arm out, the baby’s diameter is 20% smaller, and if the baby is still tightly impacted in the pelvic outlet, the baby’s anterior shoulder can be rotated 180 degrees and the other arm can then be brought out safely by the same technique.

Each of these techniques may succeed independently. But in this order, the least invasive actions, the Gaskin Maneuver and Running Start, put the mother in the most optimal position for steps 3 and 4, should they be needed.

Let’s talk through a situation in which FlipFLOP brings a baby out. Imagine this situation: The baby’s head is out; the midwives may or may not see the head retract deep into the mother’s flank, but the next contraction hasn’t brought the baby out. In fact, if the baby looks dusky or limp or obviously “turtles,” the midwife is justified to begin resolutions for shoulder dystocia before the next contraction.

Let’s say this midwife chooses to have the mother flip over to hands and knees and get into Running Start because she noticed the baby’s head turning dark.

With the mother on hands and knees, she sees that the cheeks are pressed up and crowding baby’s eyes. The chin is not visible—the classic turtle sign. The midwife accepts this as a call for help from the baby.

Most US training recommends either head traction or head displacement by lateral pressure; either one makes the uterus have to exert more force to bring the baby, increasing the risk of brachial plexus damage. This is followed by the McRoberts Maneuver to bring both knees into the supine woman’s abdomen. Too often the knees are splayed outward, not up. Suprapubic pressure is then rightly applied to push the anterior shoulder off the brim and into the pelvic canal so it can come down with uterine pressure. The McRoberts Maneuver works 42% of the time without harm to the baby, and suprapubic pressure improves that outcome somewhat.

Our heroine, however, chooses to ask her mother to flip over immediately upon recognizing the holdup. She hasn’t reached in yet to discover whether this is a “true” shoulder dystocia or something else, perhaps a compound presentation with the elbow held back in a rather flattened sacral curve. (Definitions of shoulder dystocia vary widely.)

Our midwife initiates the first two steps of FlipFLOP immediately because she knows by doing this she has accomplished two things: she has helped the mother open her pelvis more, and the mother is now in a position in which the midwife has most success in rotating the shoulders to the oblique and removing the posterior arm, should that prove necessary. Our midwife had hoped that flipping the mom would rotate the baby via the motion of the mother, but alas, due to the plot of this article, it has not.

She chooses now to identify the shoulder’s location inside the mother. She knows that not checking the lie of the shoulders will limit her to doing techniques by rote. She prefers matching the technique to the type of shoulder dystocia she finds. She could have, before asking the mother to flip, reached in to find the lie of the shoulders and then asked the mother to reposition herself to an appropriate position. This might be the choice of a midwife who prefers to start with the McRoberts Maneuver.

Since our heroine finds the extra room achieved in Running Start position beneficial, she has the birthing mama get into this position first. Our midwife slips four fingers of her dominant hand in alongside baby’s head between baby and mother’s thigh.

Her fingers search for the shoulder by rotating her four fingers and palm upwards towards the mother’s tailbone. In this way, she avoids “poking” the mother in the anus and dragging feces internally on her glove. She may find the posterior shoulder in one of five places:

Knowing the side that baby’s back is on allows the midwife to cup her hand to baby’s scapula. She uses her right hand as the lead hand when baby’s back is on the mother’s right side and her left hand to the left-sided back. Let’s say our midwife finds this shoulder midway up the sacral curve with the baby’s back on the mother’s right. Using her right hand, she flows right into the 3rd step, which is rotating the shoulder into the oblique diameter.

This is how you rotate the shoulder girdle to the oblique diameter:

Hands and knees position angles the provider’s arm for maximum upper body strength. The midwife can continue to be gentle, but use great strength should it be required to rotate a large baby in a tight space. This is how a female provider can succeed by safely “pushing” with her palm down to rotate with female upper body strength in techniques that a man can typically achieve by scooping with his palm upward when a woman is lying on her back. A hands and knees maternal position allows us to use much less force to achieve rotation.

Most babies will be out by now, but if you are navigating a tight android outlet, you may have to bring the baby’s posterior arm out.

This is how you bring out the posterior arm:

The arm is now out. If your baby still doesn’t come out, rotate the chest with a hand on either side of the chest. Stop half way and reposition your hands until the once anterior shoulder is now posterior. Repeat the steps above.

Flipping the mother onto hands and knees, the Gaskin Maneuver, is now a recognized method in obstetrics, as well as a treasured first step for many midwives. The success of Gaskin’s is either in freeing many a baby or, if not, then helping the midwife to rotate the baby using the best advantage of her upper body strength with the mother in this position. Having one of the mother’s knees by the ribs with the foot flat on the floor opens one half of the pelvis while the mother’s overall pelvis is opened more than if she was on her back.

FlipFLOP organizes well-loved and successful methods of bringing baby out safely. I invite you to use it and report back on ResolvingShoulderDystocia.com or by writing to me at gail@SpinningBabies.com.

Gail Tully is a homebirth midwife (CPM) and The Spinning Babies Lady in Minneapolis, Minnesota USA. She also developed Belly Mapping and Resolving Shoulder Dystocia. Visit her at SpinningBabies.com and ResolvingShoulderDystocia.com.

View all posts by Gail Tully