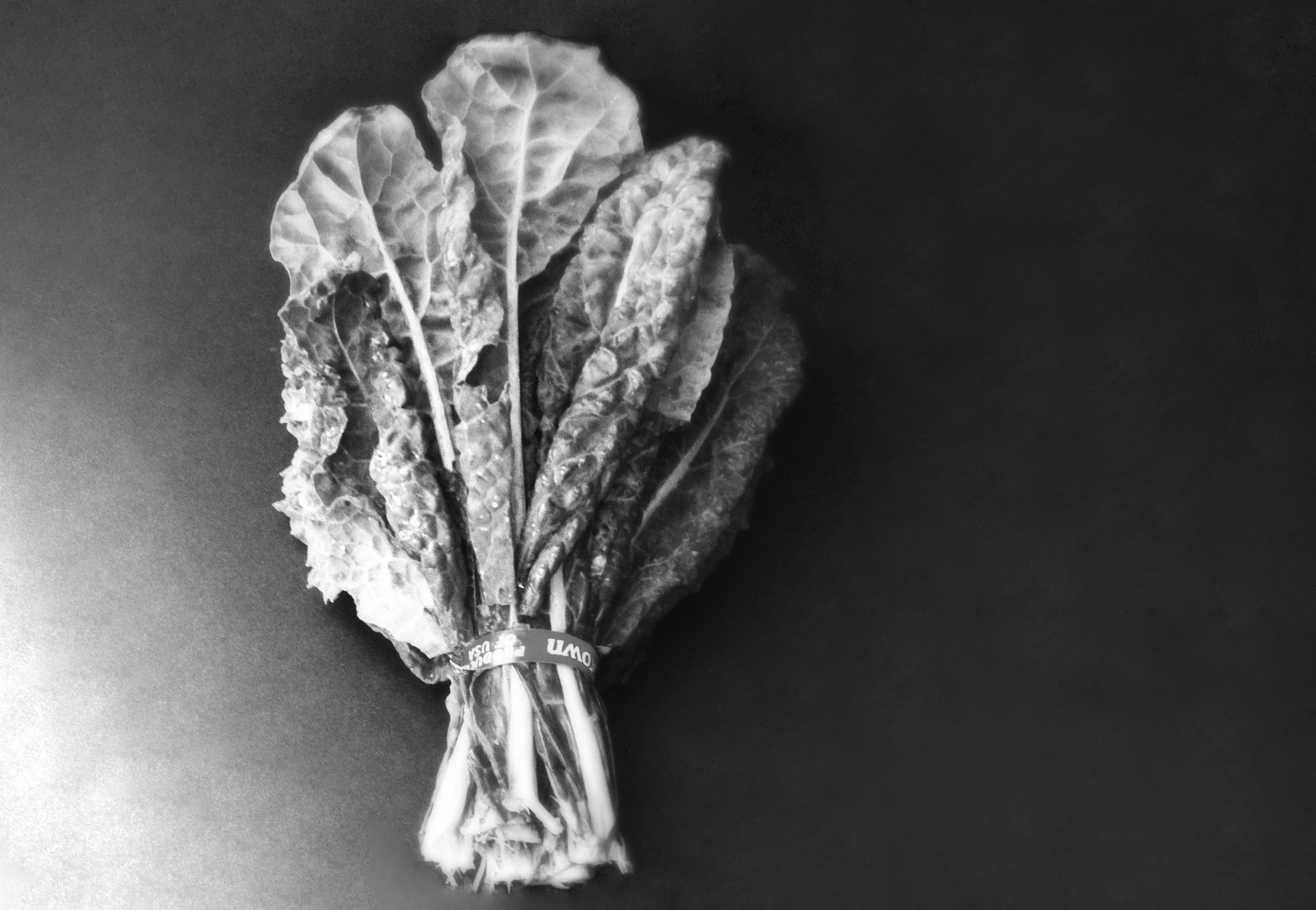 The development of prenatal tests to diagnose fetuses at risk of vaguely defined medical conditions is outpacing the ability to improve outcomes using prenatal testing. Providers are reimbursed for tests, not for time spent listening to or counseling pregnant women. As a result, taking a test, doing an ultrasound, prescribing a vitamin or mineral, and suggesting induction are more common than analyzing a woman’s diet at prenatal visits. Although there is research showing that preconception and intrauterine maternal nutrient deprivation causes an increase in fetal mean arterial blood pressure and an increase in fetal adrenocorticotropic hormone (ACTH) (Edwards and McMillen 2002), maternal preconception and pregnancy nutrition is not emphasized as much as it could be.

Because of the current obstetric approach to pregnancy, it may bear repeating that pregnancy is a normal human function, like breathing and digestion, which happens by itself. The necessary care needed is the same needed to promote breathing and digestion. A woman can eliminate all pregnancy diseases except fetal genetic defects herself by proper diet, exercise, lifestyle, and environmental conditions before and during pregnancy.

Nausea and vomiting may be a result of long-term vitamin B6 insufficiency before pregnancy and can be prevented or alleviated with 50 mg of vitamin B6 twice daily (Ashkenazi-Hoffnung et al. 2013). Anemia is frequently responsible for tiredness; therefore, optimal preconception nutrition with iron supplementation, when necessary, may reduce tiredness during pregnancy, especially during the first trimester. In addition to adequate preconception folic acid, adequate thiamin, betaine, riboflavin, vitamin B6, vitamin C, vitamin E, niacin, iron, retinol, and vitamin A has been associated with decreased neural tube defects, including spina bifida (Chandler et al. 2012). There is unequivocal evidence that severe iodine deficiency in pregnancy impairs brain development in the child because of the body’s inability to make T4 without iodine (Skeaff 2011). The most serious consequence of iodine deficiency is profound mental retardation (cretinism).

Quality of food intake is the biggest determining factor of pregnancy outcome. There are many healthy diets and each woman should find what works for her. The Chinese made a science out of nutrition. By determining the yin and yang qualities of food over 3000 years, the Chinese culture evolved a balanced way of eating, made available to Western cultures mostly through macrobiotics. Sugar and chocolate are examples of extreme yin and meat is extreme yang—both are destabilizing to health.

Daily intake of fresh and cooked green, leafy vegetables, such as parsley and beet leaves, and eating adequate amounts of protein are essential. Eating fish three times per week during pregnancy is associated with improved neurological development at three years of age (Hibbeln et al. 2007). In another study, a low glycemic, Mediterranean-type diet rich in omega-3 fatty acids, including fish 2–3 times per week, with daily calcium intake from tahini and hummus or other sources lowered maternal cholesterol levels and significantly decreased premature births (Khoury et al. 2005).

Adequate sunshine is needed to provide vitamin D, which improves ovulatory fertility, decreases preterm birth, and decreases the risk of gestational diabetes (Barger 2010). Rats fed their normal diet supplemented with fructose developed diabetes and preeclampsia-like symptoms (Alzamendi et al. 2012). Two recent studies suggest that supplementation with 4000 IU vitamin D during pregnancy decreases pregnancy complications without negative side effects (Pludowski et al. 2013). A high-fat diet fed to mice caused a higher degree of lipid deposition in the placenta, typical of human preeclampsia (Sun, Yang and Ma 2012). Intrahepatic cholestasis of pregnancy (ICP) is due to an excess of bile acids in the maternal blood and can be treated with low-fat diet (Leszczyńska-Gorzelak et al. 2012). Although it has never been scientifically tested, anecdotally, eating a head of garlic daily has been successfully used in cases of preeclampsia and pregnancy hypertension to lower blood pressure.

In addition to proper diet and activities of normal living, optimal outcomes are a result of one hour of daily exercise seven days per week, while avoiding substance abuse and keeping distance from a leaking nuclear power plant or some other environmental disaster. The correct exercise to do is the one that you will do every day.

Some women benefit from counseling to determine the diet and exercise appropriate for them and/or to discuss individual areas of concern. If a care provider opens the fridge and the pantry, it is clear from a single home visit what a woman is eating. One strategy would be having a woman write down and analyze everything she eats for three days, and have one home visit to see what is in her fridge, if she has one, and determine her social needs.

A VBAC-hopeful mother is sometimes sent for an ultrasound to see if her scar is strong enough for labor, although to date research has not found this test to be predictive of uterine rupture (Varner 2012). It is wise to make sure the placenta is not growing in the scar. An important factor predicting uterine rupture after previous cesarean is the size of the fetus. If the fetus is 2500 g at birth, the risk of uterine rupture is 1 in 1000, whereas if the fetus is 4200 g at birth, the risk of uterine rupture is 1 in 50 (Cohain 2009). This is generally not pointed out to women perhaps because either the practitioner doesn’t believe in the woman’s ability to control her food intake during pregnancy in order to have a healthy but smaller fetus, or the practitioner doesn’t care to spend the time necessary to do nutritional counseling to result in good outcomes, or the practitioner is worried the mother will eat so little that the fetus will be growth-restricted. Some practitioners promote the myth that birth weight has no relation to diet, but instead is genetic. Birth weight, however, is dependent on maternal nutrition as shown by the many studies on children born after pregnancies affected by the Dutch Famine in 1945.

A recent addition to prenatal testing is the diagnosis of suspected intrauterine growth restriction or retardation (IUGR), which of late is referred to as fetal growth restriction (FGR). With more than four million live births in the US each year, the number of growth-restricted newborns ranges from 120,000 to 400,000 per year, depending on the percentile used (3–10%) to define growth restriction (Greer et al. 2012).

The use of the term placental insufficiency was coined around 1975 from sheep experiments in which scientists disconnected half the blood vessels supplying the uterus and found that the sheep fetuses grew poorly. This is comparable to placental abruption, not nutritive lack. In complete placental abruption, the placenta separates off the uterine wall, which immediately results in no blood flow to the placenta, which leads to immediate fetal demise. In the case of a marginal, incomplete placental abruption of less than 50%, usually weeks of hospitalization precede delivery and outcomes are not necessarily affected by the partial abruption (McCormack et al. 2008). Therefore, studies disconnecting half of the blood vessels to the sheep’s uterus are unlikely to be applicable to the study of human birth outcomes.

Placental insufficiency is the diagnosis given when the fetus or baby dies and no one knows why. Suspected placental insufficiency is a catch-all diagnosis where IUGR, preeclampsia, miscarriage, or stillbirth occurs and no infection, medical disease, or genetic mutations are found. There are no uniform test results that accurately predict IUGR, preeclampsia, miscarriage, or stillbirth. There is no one clinical picture because nutritional lacks are infinite.

The diagnosis of IUGR depends on ultrasound, and since ultrasound is at best 80% accurate, the diagnosis can never be absolutely certain. Ultrasound cannot distinguish between a mother who eats a healthy balanced diet and has a very healthy small fetus, and a substance abuser who has a very unhealthy, drug-addicted, malnourished small fetus. However, during a home visit, the alert practitioner usually can distinguish between the two.

Ultrasound diagnosis of IUGR is justified by the fact that IUGR babies are at higher risk of miscarriage, stillbirth, and perinatal death. The piece of the puzzle that is rarely mentioned is that diagnosing IUGR has never been shown to decrease miscarriage, stillbirth, or perinatal mortality in the absence of diabetes, high blood pressure, heart, or kidney problems. It would be effective to spend hours discussing nutrition, smoking, drugs, exercise, stress, and life situations. Nurse-midwives have been shown to lower prematurity rates from 10% to 6.6% because of their emphasis on nutrition, lifestyle, and emotional support (Levy, Wilkinson and Marine 2005). Instead of insurance paying for this kind of care, it pays for prenatal testing.

Women have the choice to be exacting in their diet, exercise, and lifestyle choices to optimize pregnancy outcomes.

As Natural as Water Waterbirth and Instinctual Birth