Midwifery Today > Issue 132 > Pregnancy Diet: Birth Outcome Depends Less on Diet than on Frequent Use of Interventions in Hospital Birth 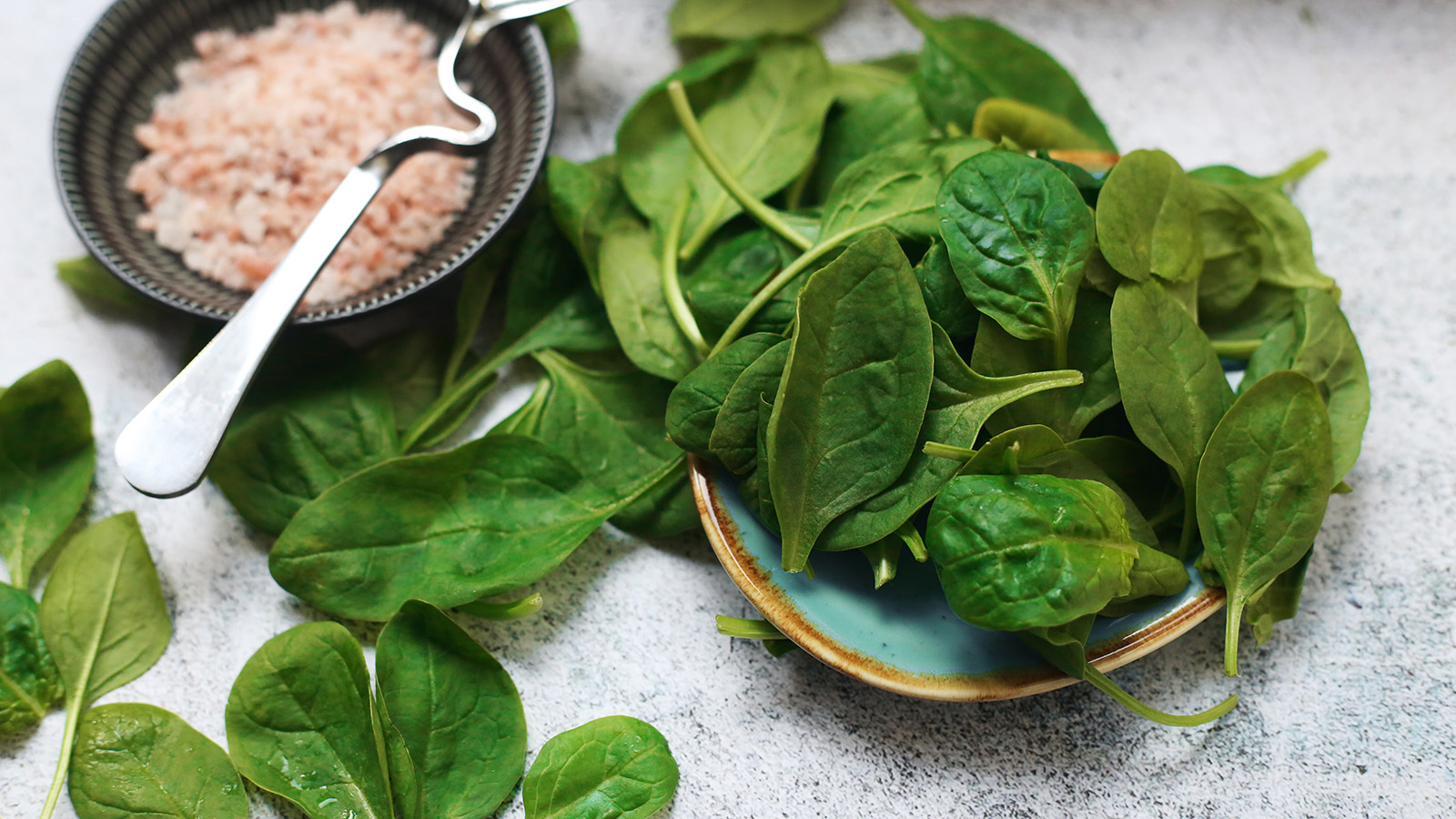 What diet is optimal in pregnancy? The answer seems simple: Any diet, including vegan, that provides adequate but not too many macro- and micronutrients, when combined with uncontaminated water supply, daily exercise, and a healthy lifestyle free of physical abuse, excessive stress, and alcohol and drug addictions will have optimal outcomes. That would be a simple answer if only it were possible to define exact nutrient requirements. Nutrient requirements cannot be defined because:

News flash: Did you know that the mother’s intestinal bacteria pass to the fetus?

Of late, people are realizing that a lot of a person’s health depends on how gut bacteria are fed. During pregnancy, the gut microbiota change dramatically, which is thought to benefit the fetus. These changes result from changes in diet, as well as the hormonal and immune changes of pregnancy (Piccoli et al. 2015). The gut bacteria help regulate virtually all aspects of human health: mood, cognition, pain, and immunity (Piccoli et al. 2015). Bacteria make fatty acids as well as many vitamins (Mohajeri et al. 2018). Diets centered on animal products provide higher levels of iron, fats, and iodine. They also have larger populations of bacteria that tolerate the presence of bile. High levels of norepinephrine and ATP levels produced by stress increase the tendency of some normally non-invasive bacteria to invade mucous membranes (Marks et al. 2013). Stress, and the presence of meat-digesting bacteria, may cause gut inflammation, which can lead to Crohn’s disease (Slome Cohain 2016). Diets rich in plant-based materials are associated with greater diversity in the gut microbiome overall and contain more bacteria for the processing of fiber. The bacteria in the gut change on a daily basis in response to the food being ingested (Mohajeri et al. 2018).

Meconium was previously thought to be sterile but, in 2008, the meconium of 21 newborns was cultured, finding that the mother’s microbiome is passed to the fetus during pregnancy (Jiménez et al. 2008). A more recent study found that mothers who eat high-fat diets give birth to newborns with smaller amounts of protective bacteria in their meconium. The difference lasts six weeks after birth (Chu et al. 2016). For decades we were taught that meconium released by the baby before birth is bad. But the latest research shows that meconium released before the baby is born exposes it to bacterial flora that protects from skin rash- and dermatitis-related hospitalizations throughout childhood and adolescence (Krieger et al. 2019).

Protein: about 1.1 g/kg/day is recommended for vegetarians after 12 weeks of pregnancy. The normal recommended intake of protein is 0.8 g/kg/day for a non-pregnant woman who follows a diet containing egg, meat, milk, or fish. For vegetarians for whom dairy products, whole grains, beans, nuts, and seeds are the primary protein sources in the diet, the protein is present but less available to the human digestive system, so the recommendation is 20% higher or 1 g/kg/day. The protein quality of foods has been assessed by their Protein Digestibility Corrected Amino Acid Score (PDCAAS), which measures the score for amino acid digestibility. Typically, proteins from animal products score 1, while plant food proteins typically score 0.7 on the availability of amino acid digestibility (Sebastiani et al. 2019).

The Physicians Committee for Responsible Medicine suggests that pregnant women who are vegetarian increase their complete protein intake in pregnancy, reaching 1.1 g/kg/day (Sebastiani et al. 2019). The daily recommendation is to consume about two servings of dark green vegetables, four servings of other vegetables and fruits, three servings of bean and soy products, six portions of whole grains, and one serving of nuts, seeds, or wheat germ. The medical definition of a serving size is “the portion of food used as a reference on the nutrition label of that food” (Shiel 2018) although each person tends to have his or her own definition of serving size.

Vegetarians, in general, are told to take vitamin B12 and iron supplements, along with vitamin C-containing foods, for optimal absorption of the iron because, in general, vegetarians are more likely to be anemic. If they are not eating one to two portions of dark green vegetables per day, they are also recommended to supplement calcium and vitamin D. People who adhere to a vegan diet would have to take daily supplements of vitamin B12, vitamin D, and calcium because the average vegan intake of these nutrients is insufficient (Sebastiani et al. 2019). Vegan diets have a naturally low content of essential micronutrients such as iron, zinc, vitamin B12, vitamin D, omega-3 fatty acids, calcium, and iodine (Piccoli et al. 2015).

Omega-3 fatty acids can be derived from foods such as flax seeds, chia seeds, mung beans, walnuts, and canola and soybean oils. One teaspoonful of walnuts, soybeans, mung beans, flaxseed oil, or ground flaxseed will supply the daily (non-pregnant) requirement of omega-3s. High temperature damages omega-3 fatty acids, so these foods should not be fried. Linoleic acid (omega-6) is found in nuts, seeds, leafy vegetables, grains, and vegetable oils (corn, safflower, sesame, and sunflower). These fatty acids are crucial for cell membrane function and the production of eicosanoids (thromboxanes, leukotrienes, prostaglandins, and prostacyclins). Linoleic acid (omega-6) is converted to arachidonic acid and omega-3 is converted to eicosapentaenoic acid (EPA) and docosahexaenoic acid (DHA), which are essential for development of the brain and nervous system. It is unknown if dietary intake affects onset of labor. High intake of linoleic acid (omega-6) inhibits the synthesis of DHA from omega-3. Consequently, a balanced ratio intake of omega-6 and omega-3 as 1:2 or 1:3 is advantageous for vegetarians.

Vegetarians should eat a diet sufficient in proteins, pyridoxine, biotin, calcium, copper, magnesium, and zinc. In addition, they should reduce intake of fatty acids that inhibit such conversion, by limiting consumption of processed and deep-fried foods, and alcohol (Sebastiani et al. 2019). In the majority of cases, however, people who adhere to vegetarian or vegan diets steadily show low plasma EPA or DHA, especially vegans compared to nonvegetarians (Sebastiani et al. 2019).

Approximate daily requirements are often listed as folic acid 600 mcg/day; vitamin D 600 UI/day; choline 450 mg/day; and iodine 220 mcg/day. These are general guidelines, but of little help since no one knows the exact quantity of nutrients in the food or supplements they take. It is known that during a normal pregnancy the efficiency of calcium absorption increases, so the required intake of calcium is equal to that of a nonpregnant woman of the same age. During pregnancy and lactation, adequate calcium intake is considered to be 1000 mg/day.

Sebastiani et al. reviewed the scientific literature on vegan diets in pregnancy, finding only two studies (Sanders 1999; Piccoli et al. 2015) with a large enough study group to determine anything significant, and neither isolated vegans from vegetarians. Too little is known about vegan diets to determine whether they result in better, equal, or worse outcomes than other diets.

What can be said is that birth setting influences birth outcome more than diet. Regardless of diet, outcomes for homebirths are different from those of hospital births, because homebirth involves fewer interventions and cesareans. Nutrition is a critical factor in homebirth outcomes, while in hospital birth, the interventions used are the most critical factor. Hourly vaginal exams increase uterine and newborn infections. Routine breaking of the sac contributes to infections as well as cord prolapse and amniotic fluid embolism. Continuous electronic fetal monitoring increases the risk of cesarean. Medical inductions, augmentation, and epidurals, which are often used together, contribute to third- and fourth-degree tears and cesareans. Vacuum-assisted delivery contributes to hemorrhage, third- and fourth-degree tears, and fetal brain hematomas. The side effects of cesarean surgery are too many to list. These bad outcomes can be avoided by attended homebirth with a practitioner motivated to empower the woman. At home, women, and therefore their babies, get more positive reassurance during their birth.

Women who take many prenatal tests are often scared half to death before birth starts, which may make bacteria more virulent and invasive. Scaring women makes it easier to convince them to interfere with birth, e.g., induce and get cesareans. As a result of increasing cesarean rates, in the US the maternal death rate doubled from 1 in 10,000 in 1987 to 1 in 5000 in 2018. Whether a woman is a vegan, vegetarian, or meat eater makes little difference if she chooses hospital birth, because her outcome is less dependent on diet than on hospital protocols.

A pregnant woman who walks an hour a day and breathes in the wonder of the world around her daily, has one blood test prenatally to check her blood type and gets RhoGAM if she is Rh negative, checks if the fetus is head down at 36 weeks, and gets the fetus turned to head down if it is not, and delivers at an attended homebirth with a well-trained attendant in the US will have a better birth outcome than a woman who obsesses about diet—whether vegan, vegetarian or macrobiotic. etc.—from the time she learns she is pregnant but delivers at a planned hospital birth (Cohain 2016). Doing extensive prenatal testing such as three-hour glucose test, major organ scan, heart and brain scans of the fetus, ultrasound determining amniotic fluid level, and GBS culture does not improve outcomes. These test results have the purpose of profit and defining women as high risk, which provides justification to deliver 30% of women by cesarean. Cesarean surgery, like all major abdominal surgery, results in the death of between 1 in 5000 to 1 in 10,000 low-risk mothers without improved perinatal outcomes compared to attended homebirth with a trained practitioner (Danilack, Nunes, and Phipps 2015).