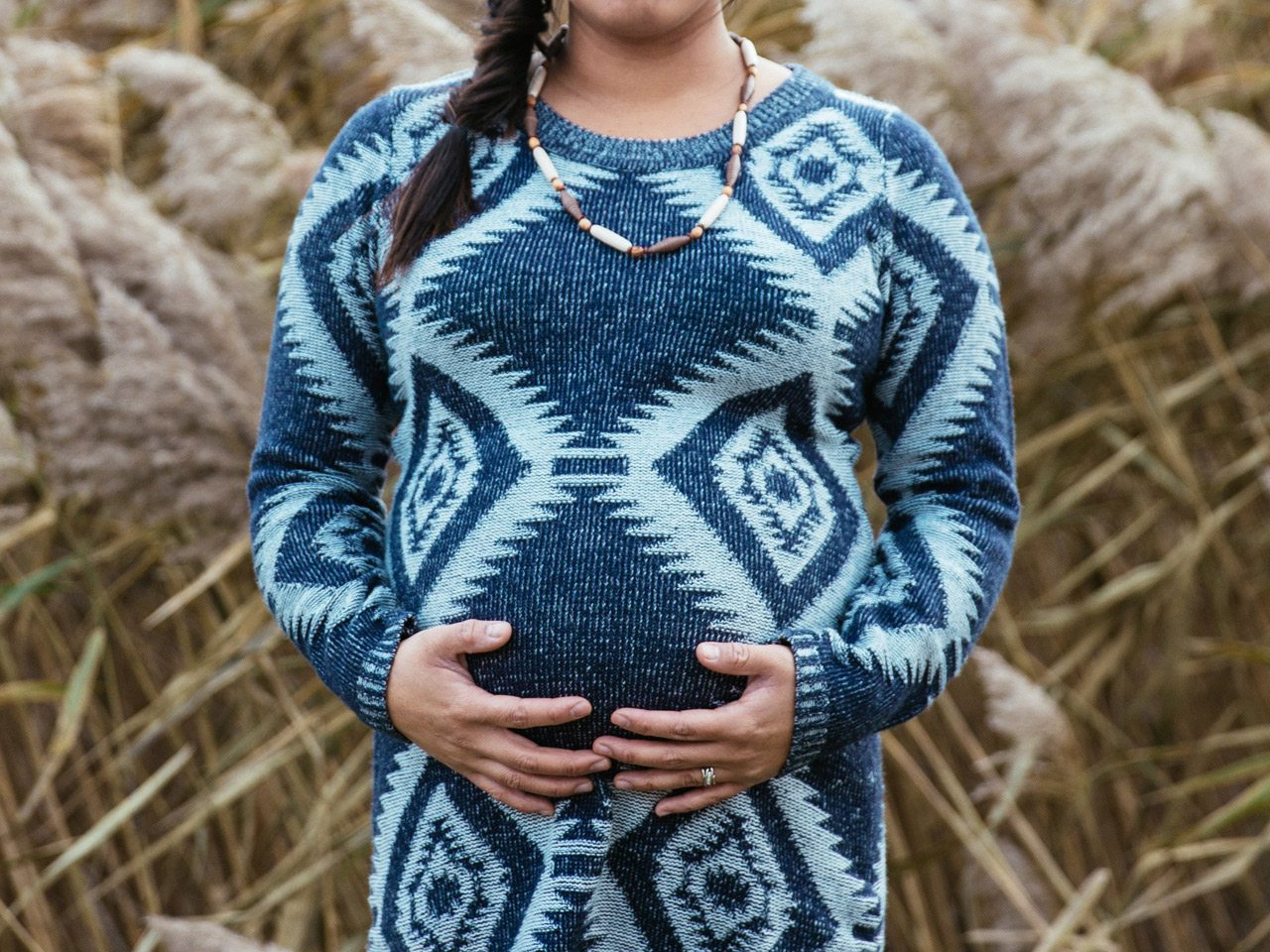 What is a professional? How do we become professionals who serve women instead of ourselves? Is it possible?

“Profession” by its definition—having a special knowledge—also means to hold onto knowledge, sometimes in a way that keeps others out. Often this is done so that others have to count on us. I believe that birth knowledge—midwifery knowledge—belongs to women, all women, who desire to know.

There are dangers in organizing along professional lines, and there are dangers in not organizing into a profession. The danger in not organizing is elimination. One of the dangers I see in organizing is that the profession, to protect its “secret, complex and high knowledge,” makes the subject more complex and more lucrative. Where, for example, did epidurals come from? Ours is a society oriented toward technology and money. Look at the handling of the “commodity” of electricity in the United States. Electricity is now manipulated and bought up by a few corporations that make huge profits on it.

Health care is handled in much the same way. Both money and technology are the antitheses of birth. It’s as if the practitioners are saying, Let’s make more hoops for women and babies to jump through—this will make us indispensable. The motive is, of course, subtle, but very real. Medicine now rivals the Roman Empire, striving to conquer all aspects of human life.

Medicine is already a cradle-to-grave culture that invades our bodies, if we let it, starting before birth. In some places there is still a choice about this invasion, but the choice is weak and fading. As editor of Midwifery Today magazine, I hear many women’s stories, and many of them are about force and coercion: “The birth center midwife told me they wouldn’t care for me if I didn’t get an ultrasound.” This is when the rhetoric “It’s my body and I can do as I please” rings false. What myths we perpetuate!

If we look at how the midwifery profession developed in Europe, we get a preview of the coming attractions for ourselves. In France, the feminist movement pushed pain-free birth just as it did here, laying the foundation for a 95 percent epidural rate in spite of all the known dangers of epidurals.

Is it different here in the United States? Drug pushing begins in the womb. The midwifery profession has been co-opted. Will nearly every woman eventually be forced to get an epidural, to get one or more of everything: genetic tests, ultrasounds, epidurals, episiotomies, inductions, etc.?

What will we invent next? Practitioners from several different professions push women to believe all is well. Professionals conspire to push the idea that epidurals or inductions or the intervention du jour are not only safe, but necessary as well. Anesthesiologists threaten not to be in the hospital and available when needed if women aren’t given their thousand-dollar epidurals. The true cost of depriving women and babies of their birthrights cannot begin to be measured. Birth is simple enough in a confident, well-fed woman. We really have to manufacture a lot of lies and smoke screens for her to put all her faith in us instead of her own body.

Doctors and nurses push to carry out epidurals, whether the excuse is that it will quiet the mother down or that “it will take the edge off, honey.” Whatever the excuse, the professions are conspiring to carry out a dangerous act: giving a woman an epidural. Just because an epidural is common and most women “want” one doesn’t mean it is safe for the individual or for society. Let’s not sugarcoat dangerous medications. A tiny percentage of women truly need technology, but the benefits for those few are currently overwhelmed by the misuse in the majority of cases.

The example of epidurals is just one of hundreds that could be used, including c-sections, prenatal tests, preterm labor management, etc. But these “necessary procedures” increase every day, as the medical culture must find more ways to make itself more lucrative and indispensable. How many more ways can we invade life? Let’s teach people to pee, poop and make love. We will then have a society made up of people who “need” anesthesia to have a bowel movement.

Having blasted medicine let me say there are some great lifesaving advances to its credit. Birth is not one of them. It is not a medical event but a physical, emotional and spiritual one. Unfortunately, our knowledge base has been placed on a foundation of obstetrics and medicine, and this is a dangerous place for midwifery to reside.

Many relevant things from the medical knowledge base are, and have been, lifesaving. When severe, irreconcilable complications occur, medicine and obstetrics are great “rescue remedies” if all our other rescue remedies fail. But it is the wrong foundation for the miracle of birth. We are small, and we will lose in a medical culture. We will lose our wise ways as we become brainwashed. Soon we will be giving morphine for prodromal labor. We will give drugs for prematurity and preeclampsia without ever having checked the mother’s diet or stress levels. We will be using Dopplers to measure all babies’ heart tones in pregnancy, ever forgetting that it is ultrasound and that ultrasound is not proven safe. In fact, research tells us that it is dangerous (see the book Ultrasound? Unsound by Beverley Lawrence Beech).

Our profession, if we must call it that, is still very young. Wrong moves now have far-reaching consequences. Nearly every state that has accepted licensing has required it, leaving out the midwives who don’t want licensing. Many unlicensed midwives feel they have more freedom to serve women without it. We also see birthing with whom the family wants as the family’s birth right, as holy as choice of religion and free speech. Often, the protocols under which midwives must practice become rigid, medical and not based on evidence. As Michel Odent says, “Obstetrics is a stranger to science.”

Midwifery is in danger of being subsumed by nursing, a much stronger and far different profession. Midwifery is not medicine, should not be medicine. Birth is not an illness. Birth is a sacrament. In some places licensing has fared better than others and has actually helped protect midwifery. Wherever we are, it is a many-faceted issue, and once we are under government’s thumb, we are outside of something that is trustworthy, or even accountable. Witness again the government’s failure to handle the energy crisis.

The one thing I do hold dear about this country is the independent spirit. Without it we would not have re-created midwifery in the first place. That spirit is already at work right now to create another lay midwifery movement, as we are being co-opted very slowly into the medical culture. When we cannot serve families who really know and understand the simplicity, beauty and power of birth, there will be another movement similar to what we abandoned. Let’s not replace the tenacity in our calling to help women, because they are us—we who re-created midwifery out of our good and bad births. They are our daughters and daughters-in-law and granddaughters. Both their good birth experiences and bad will drive them to a deep commitment to women and babies, just like the commitment we used to have before we started serving our profession instead of women. The other part of the equation is that women will just do it themselves in the expanding, unassisted homebirth movement that is happening right now in this county.

Why is this movement happening? Is it because we didn’t serve women? Families in the United States still have the freedom of this option, but in France, a family that practices unassisted homebirth may be incarcerated for reckless endangerment of a child. I wonder, though, what constitutes reckless endangerment? Epidurals, amniocentesis, aborting babies whose test results may be “bad” but who are truly healthy, Cytotec and other inductions, and unnecessary cesareans? The medical way of pregnancy and birth is more reckless endangerment than true midwifery and natural birth could ever be, with or without a midwife.

Our job as midwives is to “first do no harm.” We are the guardians of normal birth. Our conversations should be centered on women, not on our “profession.” Midwifery must not be self-serving. It must serve families. Please, always measure our so-called profession by how we are serving families and by how little harm we are doing.

Third Stage of Labor: Hands Off and Have Patience!