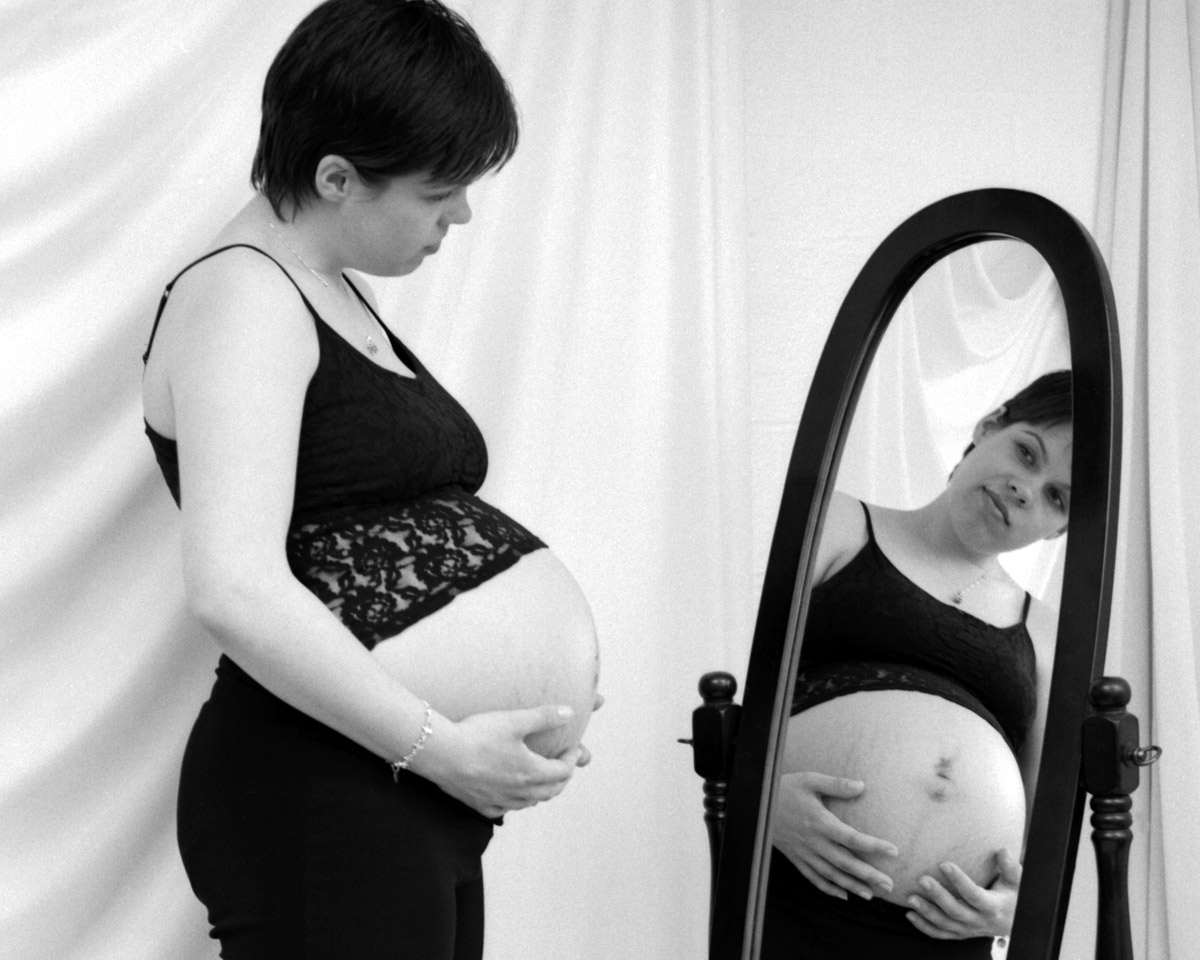 Photo from the book, Brought to Earth by Birth, courtesy of Harriette Hartigan

Is expectant management a reasonable option for the postdate pregnancy of 42 weeks and beyond? The current medical approach in Canada in caring for a woman with a postdate pregnancy, defined as a pregnancy gestation beyond 41 weeks and 3 days, calls for careful observation and further testing while advocating labor induction. Homebirth is not recommended beyond 42 weeks gestation, and expectant management is rarely supported by obstetrical practitioners, including midwives and physicians. I conducted a careful analysis including current and dated medical research, observations made within a busy midwifery practice, an interview with a local midwife and my personal experience. The collective attitude regarding pregnancy duration beyond 40 weeks is shaping present obstetrical practices, and it does not appear to be based on current medical evidence or true informed consent.

As practitioners, it is our duty to examine the attitudes we have developed as well as the language and terminology we use. Our society defines a pregnancy with a gestation of 40 weeks plus 1 day as overdue. This notion is planted deeply in our culture with origins I was unable to unearth. Many factors come into play surrounding this issue, including some subjective considerations beginning with dating a pregnancy. Are all women the same and growing babies at the same rate? The widely accepted norm for a full-term pregnancy ranges from 37–42 weeks which is a five-week variance. According to one study of white mothers with an uncomplicated, spontaneous labor, researchers discovered that the median duration from assumed ovulation to delivery was eight days longer than the commonly used Naegele’s Rule (Mittendorf 1990). One stark observation that became clear to me while assisting at a busy, high-volume midwifery practice, was that mothers deemed to be at a certain gestation birthed babies whose gestational age did not always correspond with the known length of the pregnancy. For example, a woman determined to be 38-weeks pregnant at delivery had a baby with all the markers of a 40-week gestational age. Conversely, a pregnancy considered to be 42 weeks also resulted in a baby appearing to be 40 weeks. Such occurrences were not rare. Conception dates are ambiguous and often unknown.

In these circumstances practitioners tend to rely heavily on ultrasound as a way to establish a due date even though there is some controversy with the accuracy of ultrasound, not to mention the assumed dangers of exposing a young fetus to ultrasonic waves.

So what are legitimate reasons to intervene in a so-called postdate pregnancy? My research yielded conclusive reasons to avoid interfering with Mother Nature. In a study of 3914 births observed after 42 weeks, only two cases of perinatal death occurred (0.05%). The authors of this study concluded that it is not possible to give a specific gestational age at which uncomplicated pregnancy should be induced. They established that the larger the fetus, the larger the error in estimating fetal weight using biometry. In addition, two common methods of measuring amniotic fluid were examined, and neither accurately reflects the actual volume in prolonged pregnancy. They also stated that the main maternal complications that need to be excluded are carbohydrate intolerance and gestational hypertension. The recognition of Intrauterine Growth Restriction identifies the most important risk factor for adverse fetal and neonatal outcomes and should not be confused with small-for-gestational-age babies (Mandruzzato et al. 2010). These can be differentiated by following fetal growth throughout the pregnancy. According to this research, the accepted rationale for induction doesn’t hold weight. Does the placenta have an expiration date? There are reports of increased calcifications on some postdate placentas but no indication of fetal compromise in the well-nourished mother. There is an increased incidence of the presence of meconium-stained liquor but not with any significance to the newborn’s health. What about the notion of babies becoming too big to birth vaginally? There appears to be no basis to support that theory (Wennerholm et al. 2009).

There are serious implications to consider with induction of labor which do not seem to be factored as part of the overall evaluation process or as a part of an informed choice discussion.

Overestimating the gestational age of the fetus can pose problems with breastfeeding and complications with adjusting to life on the outside while affecting the mother’s emotional well-being postpartum. With an induction of labor there lies the possibility of fetal hypoxia, overly strong contractions, the administration of pharmaceutical pain relief to manage the altered contractions and an increased chance of surgical birth, which itself carries a host of risks. These interventions often result in a mother feeling a loss of control. Labor induction usually disqualifies women from being able to move around during the birth process, and limits the place of birth to a hospital setting. Many women report serious long-term emotional and physical disabilities following an induction that leads to a surgical birth. Surgical birth can have a profound effect on mothers and babies, as well as on fathers and siblings; it is a critical issue that needs to be included in future studies.

The midwifery model of care prides itself on the cornerstone belief of informed choice and informed consent. However, this is not what I have observed with some midwifery practices in Western Canada when it comes to postdates. In fairness, this may be a result of the increased regulation of midwifery in our province. Women in midwifery care from 37 weeks onwards are encouraged to consider methods to ripen the cervix such as having a stretch and sweep of the membranes, taking homeopathic remedies, drinking a lemon verbena cocktail with castor oil, trying acupuncture, having intercourse and so on. Even these “natural inductions” deserve careful consideration. Such methods can put a woman into a very lengthy early labor lasting for days, and thus cause exhaustion and additional complications.

Women are strongly encouraged to undergo a biophysical profile at 41 weeks and 3 days. Midwives are in a tough spot as the majority of them understand that a postdate pregnancy is a normal variation, yet they feel a tremendous amount of pressure to conform to the accepted medical practices. These pressures arise mainly due to the regulations placed on registered midwives. As a consequence of this, pregnant women are being influenced by their midwives to conform to the accepted medical practices.

There is no conclusive evidence that prolongation of pregnancy is a major risk factor in and of itself. Specific risks for adverse outcomes have been identified, such as restricted fetal growth and fetal malformations. There is no evidence to support routine induction or an improvement in fetal, maternal or neonatal outcomes following an induction of labor in a postdate pregnancy (Hart 2004).

Mimi Pothaar is a student midwife and mother of two grown children, one who arrived at around the 40-week mark, the second after a very long 42-1/2 weeks. She is inspired by those senior midwives who continue to blaze the trail for all women, challenge the status quo, put their all on the line, and offer individualized, women-centered care.

View all posts by Mimi Pothaar