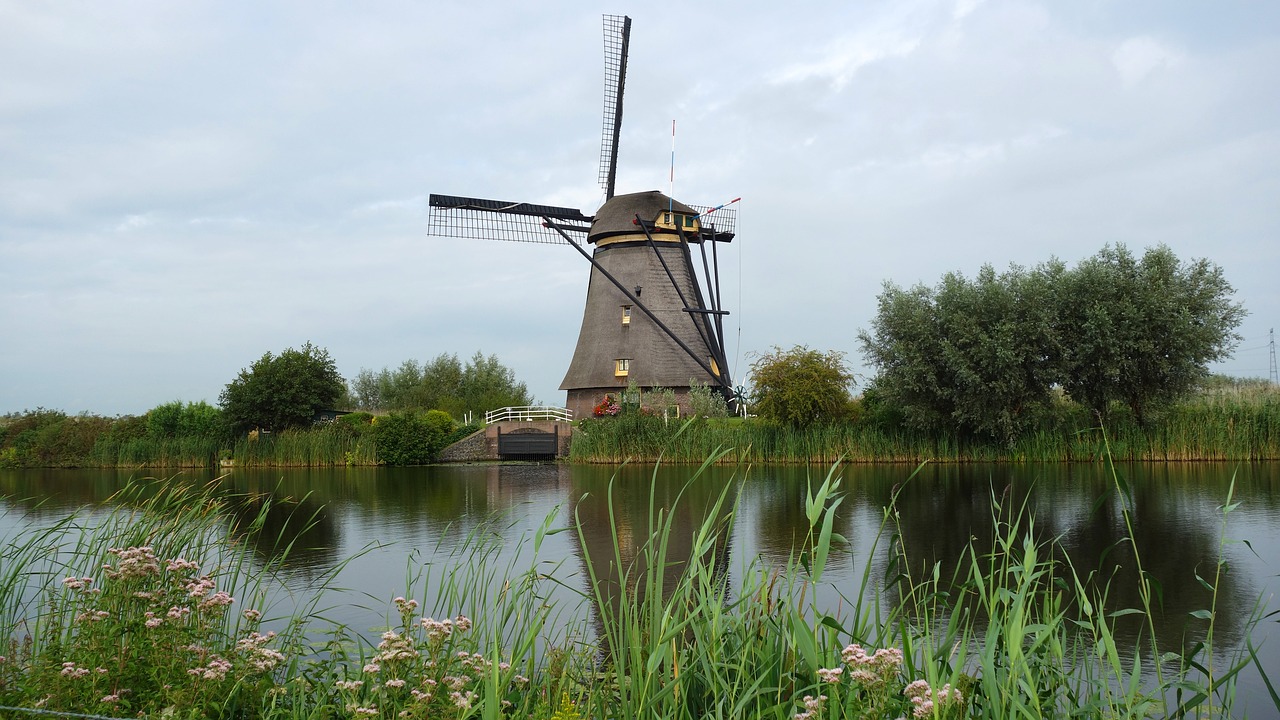 The flyer for the “Revitalizing Midwifery” conference in the Netherlands [November, 2002] fell out of the Midwifery Today magazine and caught my eye. Michel Odent, Elizabeth Davis and Ina May Gaskin all in the same place at the same time! I looked at the price of the conference and put it away hastily. I couldn’t help myself though, and I kept taking it back out and reading the abstracts of the lectures and workshops until my partner said, “You should go.” I replied that I couldn’t go and pointed out how much it was likely to cost. “Think of it as an investment,” he said. I shared my plans with my fellow student Debb Hughes and she too received a supportive response from her husband. We booked flights to The Hague.

We arrived on day two of the conference, and went straight to a lecture given by Michel Odent, MD. He presented his preoccupation with what he calls “primal health research” as an antidote to the “specialising” tendencies in contemporary health care practice and research. By casting a wide net, he suggested it was possible to look at the long-term effects of interference with the birth experience and discern a link with impaired capacity to love either oneself or others. He cited studies about anorexia nervosa, drug addiction, autism and suicide. He talked about the hormonal release in the deep structures of the brain that accompanies the birthing process if it is not disturbed by the activation of the neocortex. Odent presented as fundamental physiological truths, the importance of quiet and calm and protection from bright lights, useless conversation and intrusive observation by both people and equipment. In the past, he stated, a process that flowed was necessary for women to give birth. Yet now we are in the unprecedented situation in which, by using operative methods and artificial stimulation, babies can be born without the release of these love hormones. We need to be very careful about this in view of the 400 pieces of accredited research Odent has found linking poor birth experiences with an impaired capacity to love. [See www.birthworks.org/primalhealth for more information about Michel Odent’s work.] Heady stuff and we were only two hours in!

Next, Elizabeth Davis opened up the possibilities of intuition as an alternative “way of knowing.” She encouraged midwives to share their intuitive experiences and began planting seeds for those of us brought up within a strong medical model. She led us in a guided visualisation that helped us “turn down” the logical rational brain that dominates our understanding of the world so that we could sense an alternative, experiential source of wisdom. She took us away from the Alpha waves of the neocortex, through the Beta waves to the Theta waves, the realm of intuition and that “other” place where women go in the normal physiological process of birth.

In a companion session, Verena Schmid introduced us to the importance of the four elements of earth, air, water, and particularly fire to the birth process. The task was to learn to bring these elements into a birthing situation. The practise of getting the elements flowing in our bodies by singing and moving around the room, touching others, was all too much for the self-conscious British contingent. It wasn’t just us; this was definitely a cultural thing! But, by the end of the conference, both Debb and I felt much more comfortable with this session.

On day three of the conference, the focus was on sexuality, childbearing and women’s lives. Elizabeth Davis encouraged us to share our experiences of sexuality and womanhood with those of similar ages. As our discomfort with the intimacy of such a discussion faded, we began to have the liberating experience of realising that our age group shared the same concerns and experiences that we had. We also learned that these feelings shift as we age. Through the positive presentations of the older women at the conference, we began to recognise that there is much to look forward to in the physical changes and the developing wisdom that accompany our maturing as women. This session had a strong impact: it awakened our strength as women and as midwives who are “with women” through one of the most profound periods of change they will experience.

In a sobering moment, Tricia Anderson alerted us to the potential damage we do during vaginal examinations. She drew our attention to the similarities between insensitive examining and abuse, urged us to consider the necessity of every examination and reminded us to remain alert to how the women in our care experience our examinations. As students, already concerned about increasing the number of examinations women have so we can learn, we felt the full impact of these words.

Ina May Gaskin presented with an air of gravitas that made us want to stay close to her, as if she were teaching by her very presence. It is no wonder women travel thousands of miles to give birth near her. She and Mexican midwife Naolí Vinaver, another woman with a strong presence, drew the links between pregnancy, childbirth and breastfeeding with sexual experiences. Again, these connections sit uneasily in the context of a British maternity unit; however, they urged us to consider the sounds of women who birth spontaneously and with minimal interference and to facilitate the relaxation of a woman’s inhibitions throughout labour and birth.

Michel Odent concluded, drawing our attention to the similarities between sex and birth in terms of intensity, the mechanics (ejection reflexes) and the release of love hormones. He suggested that oxytocin levels peak in the moments just after birth and underscore the importance of not disturbing the first contact—not interfering with the moment in which the new mother first looks into the eyes of her child. He pointed out that whenever we participate in an act that ensures the survival of the species we are rewarded with a release of endorphins. He reiterated the long-term effects of disturbing the birth process and the flow of love hormones, and left us pondering the consequences of civilisation born under anaesthesia. It had been an intense day. Dare I say that Debb and I both have been drawn to midwifery intuitively? We went home that night with a new understanding of our potential strength as women, and with a stark awareness of our responsibility as would-be midwives.

Our last day at the conference was in some ways more practical. I learned from Robbie Davis-Floyd about ways in which I can apply my understanding of power and systems of knowledge in revealing the cultural construction of British midwifery practice. The Dutch model of midwifery was explored, and connections were made between the nation’s belief in birth as a natural physiological experience and its high homebirth rate of 30 percent. The Dutch midwives do not come through the nursing model, and only seven weeks of their four-year training is spent in the hospital. Thus, they are trained in the primary care setting to be specialists in the normal physiology of birth.

Naolí Vinaver drew our attention to the importance of using our hands, senses, intuition and observational skills in the care of women. She urged us to be creative in our responses to difficult situations and shared some Mexican techniques for resolving malposition. But most importantly, she showed what a loving, joyous woman she is—one who can’t believe her luck in being a midwife and being fortunate enough to share women’s profound experiences of giving birth. Midwifery is not her job; it is who she is.

The powerful experience of being part of this conference is not easy to put into words. It was about being with midwives who are strong, wise women, who care about one another and about having those feelings awakened in us. We came into an awareness that some of the midwives who teach us at college and in practice share that strength and wisdom, and moments we had stored came back to us with new meaning. Listening to the political discussions with the International Confederation of Midwives, we became aware of the desperate situations of women giving birth in countries with 90 percent caesarean rates, 85 percent epidural rates for “normal” deliveries, and in which the practice of midwifery is tightly controlled. We realised we had much to be thankful for and much to protect. On the flight home we grappled with the responsibility of our new insights, we explored ways in which we could reconcile our knowledge with working in busy, consultant-led obstetric units and made plans to share our experiences. We also came home knowing that we, too, are midwives. We are part of something bigger than ourselves, and we have an obligation to make that manifest as we create space for women to give birth and for their babies to come into the world.

Nicola Miller is a third-year student midwife at University College, Worcester (Herefordshire NHS Trust). She has a research background in sociology and cultural studies.

View all posts by Nicola Miller