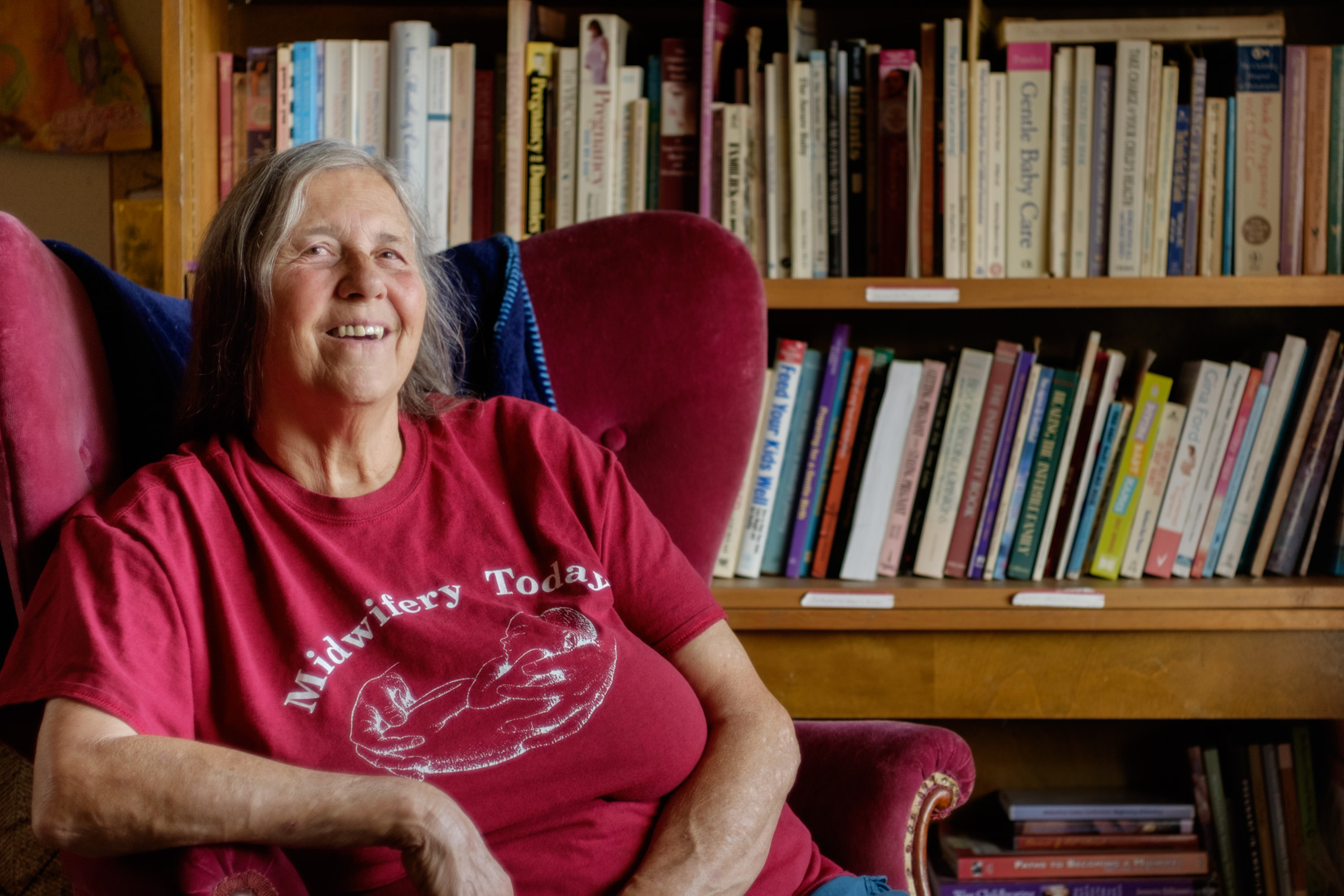 Most of you probably read the trilogy Call the Midwife years ago. I am a little late, but I just finished all three books. The stories of people, mostly from the East End of London, seem more unreal than fiction, yet they are all true, according to the author, Jennifer Worth. She writes about the midwifery services, mostly homebirths, provided by the nuns at Nonnatus House for 99 years—from the 19th and through most of the 20th century.

During this period, a combination of birth control and a preference for hospital birth meant that homebirths decreased from as many as 100 births a month to just four or five. We could all learn from the non-judgmental attitude of the nuns who dealt with the most harrowing situations with skill and patience.

One of my favorite stories was that of a woman named Conchita, who was having her 24th baby. The baby, extremely premature, came accidently. Conchita was ill with a temperature of 103°F. When the baby came, the midwife scooped it up and stuck it in a bowl with the placenta—thinking that the baby could not possible be alive. After discovering the baby was still alive, the midwife called the Flying Squad* for assistance. Conchita refused to let her baby go or to go to the hospital herself. Instead, she put the baby between her breasts “kangaroo care” style and cared for it that way. If her baby had gone to the hospital, it would have been in an incubator day and night, alone, and formula-fed. Jennifer Worth says, “In the 1950s we were less intrusive into family life and parental responsibility was respected. I am forced to the conclusion that modern medicine does not know it all.” She believes that the baby would have died in the hospital.

We have since learned that many of the techniques midwives were required to use have been proven to be unhealthy ones, while other are spot on. One of the rules required them to cut the cord immediately. (I had read previously that immediate cord-cutting did not start until after World War II.) They also were required to hold the baby upside down by the ankles to make sure no mucus was inhaled! So many of the myths we follow have been perpetrated for too long to remember when they started. There was no knowledge of the microbiome, so babies were washed and dressed. They did go into their mother’s arms first though, even if wrapped up. There was no knowledge of the importance of skin-to-skin contact.

Third stage at this time was a matter of careful timing, judgment, and experience. Midwives knew not to pull on the cord and Worth’s description of the art of delivering the placenta was exactly what we were taught as homebirth midwives. Third stage took 20 to 30 minutes, as they watched for signs of separation. She also discusses how that changed once oxytocics were routinely given, causing the placenta to be expelled within three to five minutes. She notes that “[m]edical science marches on!” (I would say medical myths march on, but that is a whole other editorial.)

Breastfeeding was not only encouraged but necessary. Formula did not exist when the midwives in the book were first practicing, but there was also little or no clean water then, either. The ubiquity of breastfeeding must also have helped with child spacing. I have been watching the TV show “Victoria,” and Queen Victoria thought breastfeeding was animalistic so she had a wet nurse, and children one after another.

The living conditions of most of the people in the East End were abominable. They mostly were living in one or two rooms, with the water tap and toilet outside—usually very unsanitary. The area had been horribly bombed out and the residents often lived in partially bombed-out buildings. Their living conditions got even worse over time.

One thing they did have was a sense of community, having lived there for generations. Families and friends were all around. When they were forcibly moved out so all the buildings could be razed, decades, if not centuries, of community were split apart. When we were in China the same thing was happening to the little communities in the cities there. People were being torn from their communities and culture and put into lonely, high-rise apartments.

In a way we have mostly taken away community with our mobility—which is a double-edged sword in that it has likely given rise to our doula movement. Having a loving one near you at your birth is imperative. In some cases, it may be preferable to have a doula since not all women get along with their mother or mother-in-law enough to want them around at their birth. Midwives also serve in this role—at least we did when I did homebirths in the ’70s and ’80s.

There is so much in this trilogy that I highly recommend that all birth practitioners read the books. There is a lot of sadness, which will help you appreciate the conditions we have even though we have our own difficulties. And it is all toward Better Birth. May it be so.

*From Wikipedia: An Obstetric Flying Squad is a form of medical retrieval team that is composed of an obstetrician, anesthetist, midwife, and other health care personnel who are on call to attend to mothers with major obstetric complications occurring in the community.