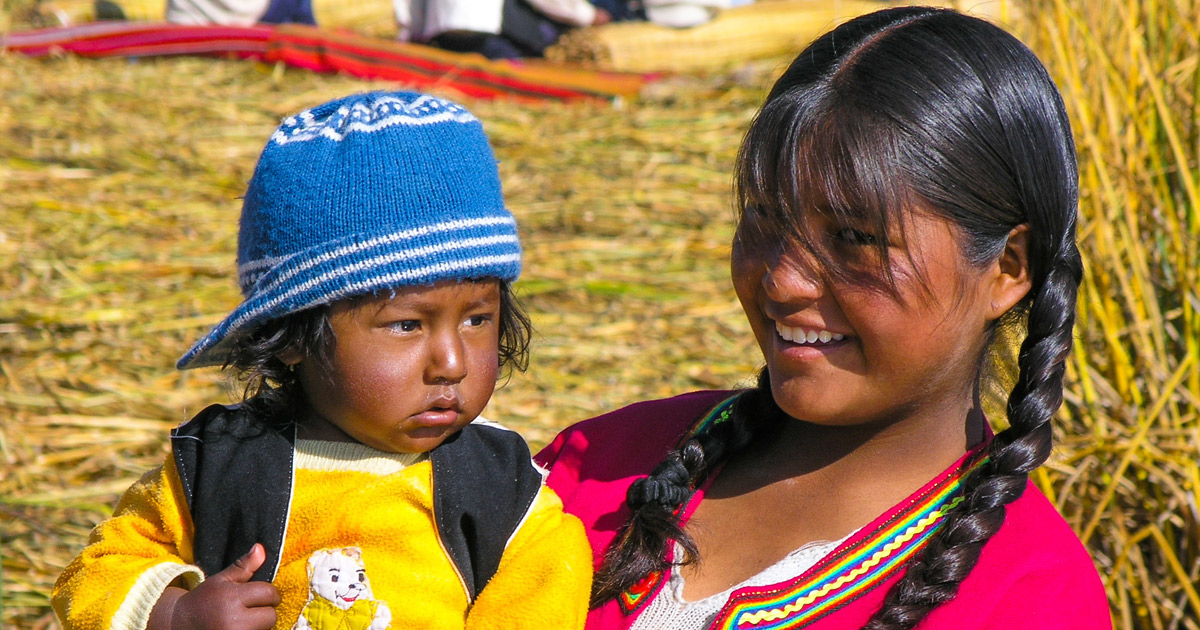 Many rural women in the Andes who used to give birth to their babies based on their ancestral midwifery knowledge are now being forced to give birth at public health centers. Most of them have hospital births now, in cold environments and with routine practices that do not respect the natural process of birth. The younger women have adopted the biomedical model based on fear, which sends the message that they can’t trust their bodies to give birth naturally. The new approach of the Peruvian Ministry of Health is that “Every birth is of risk.” Although access to facilities with emergency obstetric care is a right all Peruvian women should have, no policy to reduce maternal mortality should deprive the most vulnerable women in the country of their right to give birth in a secure, safe and loving space that is respectful of their particular culture. Some “cosmetic changes” have been implemented in terms of cultural “adaptation” in some facilities and some even adhere to the Vertical Birth and Cultural Adaptation Technical Norm (2005), which allows a woman to give birth in a vertical position and in the presence of her husband or a woman relative if she chooses to do so.

Current policy pays little attention to the fact that homebirth in the Andes is part of the Andean community legacy of midwifery. Andean midwives are getting old and only a few still practice. They not only carry the knowledge and wisdom of pregnancy and birth but of women throughout all of the reproductive cycle and have attended women from centuries from menarche until menopause. The fact that these Wise Women are not included in the public health network or policies, or even in the projects of NGOs or international organizations working in Peru (such as USAID or UN) is a great mistake that will continue to be a barrier to enhancing the integral reproductive health of Andean women (including their emotional, social and cultural well-being). On the other hand, some European midwives have come to stay and live and practice in Peru. And some of them attend local women’s births in communities where there aren’t Andean midwives anymore in a respectful and natural way that is totally in touch with the Andean way. This is the case in some areas of Cusco and Ancash.

In the capital city of Lima, “technomedical” birth in hospitals and in expensive private clinics (including the near 90% rate of c-sections in the private sector) is the norm. Though some hospitals have made changes in their protocols, such as not practicing routine shaving and enema, or promoting breastfeeding and early skin-to-skin contact, other invasive practices are still routine. There is a growing group of middle-class women who want to reclaim birth. A single natural birthing center in Lima covers this still small but growing demand. The School of Doulas of Peru, since 2006 has graduated more than a 100 doulas. And the Peruvian Association of Doulas was founded just last year. Yet, it should not be only “privileged” women in the city who are offered the possibility of a natural birth, but all Peruvian women.

For the next decade, my vision is that a bridge can be built between independent midwifes and conscious obstetricians from Lima and other countries and Andean midwifery and midwives so that natural birth can thrive in all the Peruvian territory. I envision an intercultural model of birth and midwifery education in Peru rooted in Andean and feminine wisdom. It is my hope that women from the city will unite with women from the Andes and that together they can reclaim woman-centered midwifery. I hope that young Andean women again become proud of their feminine medical knowledge heritage so that they apprentice community midwifery from their elders, so that the next generation of babies can be born again in the Andean culture of their abuelas (wise grandmothers), and so that all women have the option and freedom to choose the type of birth they want. I hope to see more houses of birth (wachaq wasis), more women’s health centers (warmi wasis) and the idea of sisterhood strengthened as women grow strong together to reclaim birth, reclaim the power and wisdom of their bodies and revalue their genuine feminine power.

Cynthia Ingar is a Peruvian anthropologist (PhD), doula, women’s health educator, and mother of Maël. She is committed to work with women, through research and work on reproductive health, including accompanying women in the rite of passage of birth. She has applied her research work in different Andean contexts and in the city of Lima through her work in reproductive health programs and doula education programs. She is founder of Hampi Warmi, a Peruvian-based nonprofit aimed to bring Woman Medicine back to girls and women in the Andes and worldwide. KillaWarmi, its main project, is a reproductive health intercultural initiative to empower Andean women and revitalize Andean midwifery and feminine wisdom. Ingar also teaches international women’s workshops and retreats in South and North America, including the Wilka Warmi (Sacred Woman) Retreat in the Sacred Valley in Cusco, Peru, once a year.

Cynthia has focused on supporting traditional midwives in her country as well as preserving holistic cultural approaches to women’s birth and dignity internationally. She is Midwifery Today’s Country Contact for Peru.

View all posts by Cynthia Ingar

Release, Rejuvenation and Rejoicing: The Blossoming of a Woman