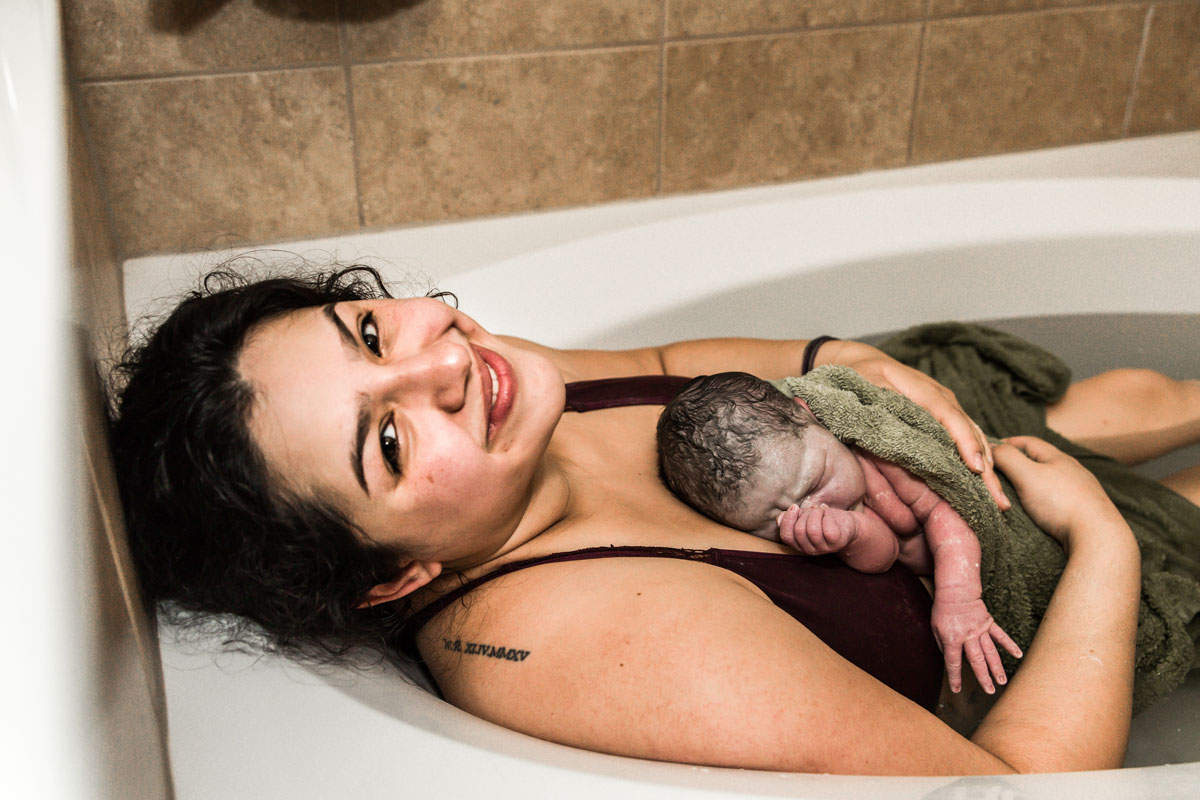 With the knowledge that birth complications and gestating a male fetus are linked to inflammation, this retrospective, online survey of postmenopausal women was carried out. Responses from 306 women were received, with nine who experienced death of an infant and one who gave a baby up for adoption excluded. Women self-reported whether they had received a diagnosis of postnatal depression (PND) associated with a birth. After controlling for other factors, the study found that women who gave birth to a boy had a 71–79% increased risk of developing PND. Those who had complications had a 174% increased risk, with those who took a long time to recover from the complications more at risk.

The authors noted that in cultures where male children are more revered than female children, the results in other studies found the opposite result—more PND when girls were born.

A retrospective study of 100 cases over 16 years of attempted external cephalic version in women who had previously had a cesarean found a success rate of 50%, with only about 64% of those ultimately delivering vaginally. Of note was that only three individuals were responsible for all of the attempts—purportedly because doctors fear uterine rupture. In all cases, they used ultrasound to visualize the baby’s heart and body parts, and in some, salbutamol tocolysis. The study confirmed that doctors should not be fearful of the procedure because there were no cases of uterine rupture or any deaths.

Kratom Use during Pregnancy

Kratom is the powdered leaves of a tree in Southeast Asia that is sold as an herbal supplement. It is usually consumed in a beverage. It is legal, although the DEA at one point planned to ban it. It is used by individuals to treat opioid withdrawal and binds to opioid receptors, although it is not as addictive as opioids. A case report in Pediatrics discusses a case in which a baby was born with neonatal abstinence syndrome. Upon investigation, it was learned that during her pregnancy, the mother consumed daily Kratom tea to treat her opioid addiction.

Homebirth and the Microbiome

The results of this small study of 35 (primarily Caucasian) babies—14 born at home and 21 born in the hospital—will come as no surprise to our readers and helps confirm what Midwifery Today has long claimed. The babies were all born vaginally and exclusively breastfed, and their mothers, who had immediate skin-to-skin contact and did not receive antibiotics, were followed for the month after birth. During that month, researchers collected vaginal swabs from mothers and feces samples from both mothers and babies. The results found a greater diversity of gut bacteria (and more “good” bacteria) during the entire month of the study in the babies born at home than those born in the hospital. Babies born in the hospital had great expression of a pro-inflammatory gene.

Studies have shown that soy is known to affect uterine development and function in adult women. This study of young, African American women was done to further evaluate results of a prior study of white women that indicated a connection between the feeding of soy formula as infants and menstrual pain in young women. Questionnaires were sent out and completed with the mothers’ assistance, dividing the groups into those fed and not fed soy formula. A follow-up phone interview was completed, identifying severe menstrual pain and use of medication or contraceptives to deal with that pain. No association was found between soy formula feeding and “ever or current medication use for menstrual pain,” however, soy formula feeding in infancy was associated with hormonal contraception for menstrual pain. This is further evidence of potential adverse effects of feeding soy-based formulas to infants, especially females.

Midwives: Be Aware of State Regulations

In an Arizona case decided last year, the Court of Appeals agreed with the lower court affirming a decision by the state in which midwife Wendy Cleckner was fined $100 and had her license suspended for one year. Cleckner was not aware of the state regulation that prohibits midwives from serving clients who choose not to be tested for syphilis. According to the court, “Even assuming a client has the ‘right’ to decline testing for syphilis, Cleckner could not continue care of that individual without violating the scope of midwifery practice controlled by state statute and regulations.”

Also at issue was another case in which one of Cleckner’s clients had a postpartum bleed of more than 500 cc’s. Under Arizona law, in such a situation a midwife is required to transfer care to a physician. Although EMTs were called and responded, the client declined to go to the hospital because the bleeding had stopped before they got there, so no referral was made to an OB.

Despite the hypothesis of the researchers who did this study, women who were given synthetic oxytocin during delivery had a higher risk of being diagnosed with postpartum depression and anxiety or receiving a prescription for an antidepressant or anti-anxiety drug. This is just more evidence of the adverse effects of unnecessary tampering with the birthing process.

Effect on Babies in Utero during Hurricane Sandy

This study looked at the effects on infants’ temperament at 6 months of age after in utero exposure to Hurricane Sandy and the interaction with maternal depression. Using written instruments, the researchers found that infants exhibited distress and had lower emotional regulation when mothers were depressed and that the superstorm increased these problems. The researchers looked at various categories of emotional dysregulation, including fearfulness, soothability, cuddliness, falling reactivity, and sadness, in determining babies’ distress levels.

While readers are probably aware of recent clusters of measles cases in the US, the Seattle Times recently reported on a measles epidemic that occurred in Madagascar. According to the World Health Organization (WHO), more than 68,000 cases of measles have been reported, with more than 900 deaths confirmed or suspected since the outbreak started in September 2018. The immunization rate there is less than 60 percent, so there is no “herd immunity” on the island. Infants between 9 and 11 months old are considered to be the most at-risk.

When the Womb Is No Longer Safe: Chorioamnionitis