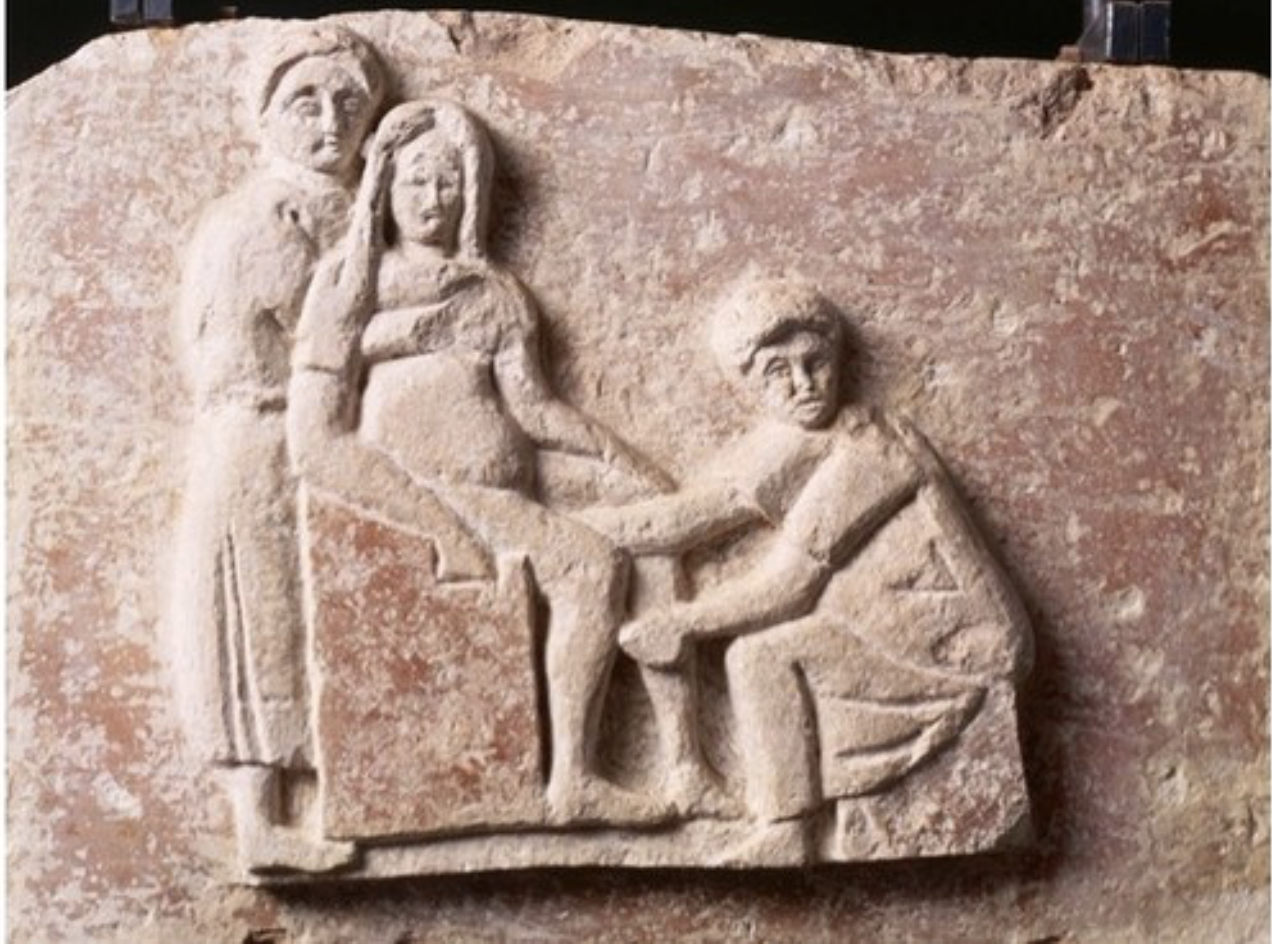 Midwifery Today, Issue 133, Spring 2020. Join Midwifery Today Online Membership Sometimes the history of midwifery is hidden in a tomb. This statement is not a metaphor for lost history; it’s reality. In the Isola Sacra necropolis in Ostia, a seaport of ancient Rome (originally situated at the mouth of the Tiber River but today located about four miles upstream) in Italy, lies the tomb of Scribonia Attica, a second-century Roman midwife. Her funeral monument is striking because it depicts the midwife herself, squatting on a low stool in front of a naked pregnant woman who is seated in a chair and supported by another woman from behind. The midwife looks out directly at the viewer of her memorial, while her right hand reaches between the laboring woman’s legs, perhaps to check the woman’s progress or to deliver her baby. The name of this midwife, Scribonia Attica, reveals a little bit about her. She shared her first name with the Scribonia family of ancient Rome as well as two famous women: the wife of Octavian, later the Emperor Augustus, who ruled during the first century CE (when Jesus was born); and the wife of Crassus, who was a first century CE Roman man of consular rank. The midwife’s first name was also the first name of her mother, Scribonia Callityche. The midwife’s surname, Attica, suggests that she was of Greek origin (Totelin 2019). Scribonia’s Greek origins are worth considering. The Roman Empire conquered the Greek Empire militarily (ca. 328–168 BCE), but in a sense, the Greeks subsequently conquered the Roman Empire culturally. Greek culture influenced Roman culture in terms of language, philosophy, religion, art, architecture, and medicine, among other things. Indeed, it appears that early first millennium, upper-class Roman families were often attended in childbirth by Greek midwives. Many ancient… Read more…. Scribonia Attica: A Second-century Roman Midwife
This post is only available to members. To purchase an online membership, go here.
If you are already an online member login here.

A Journey to Health during a Twin Pregnancy