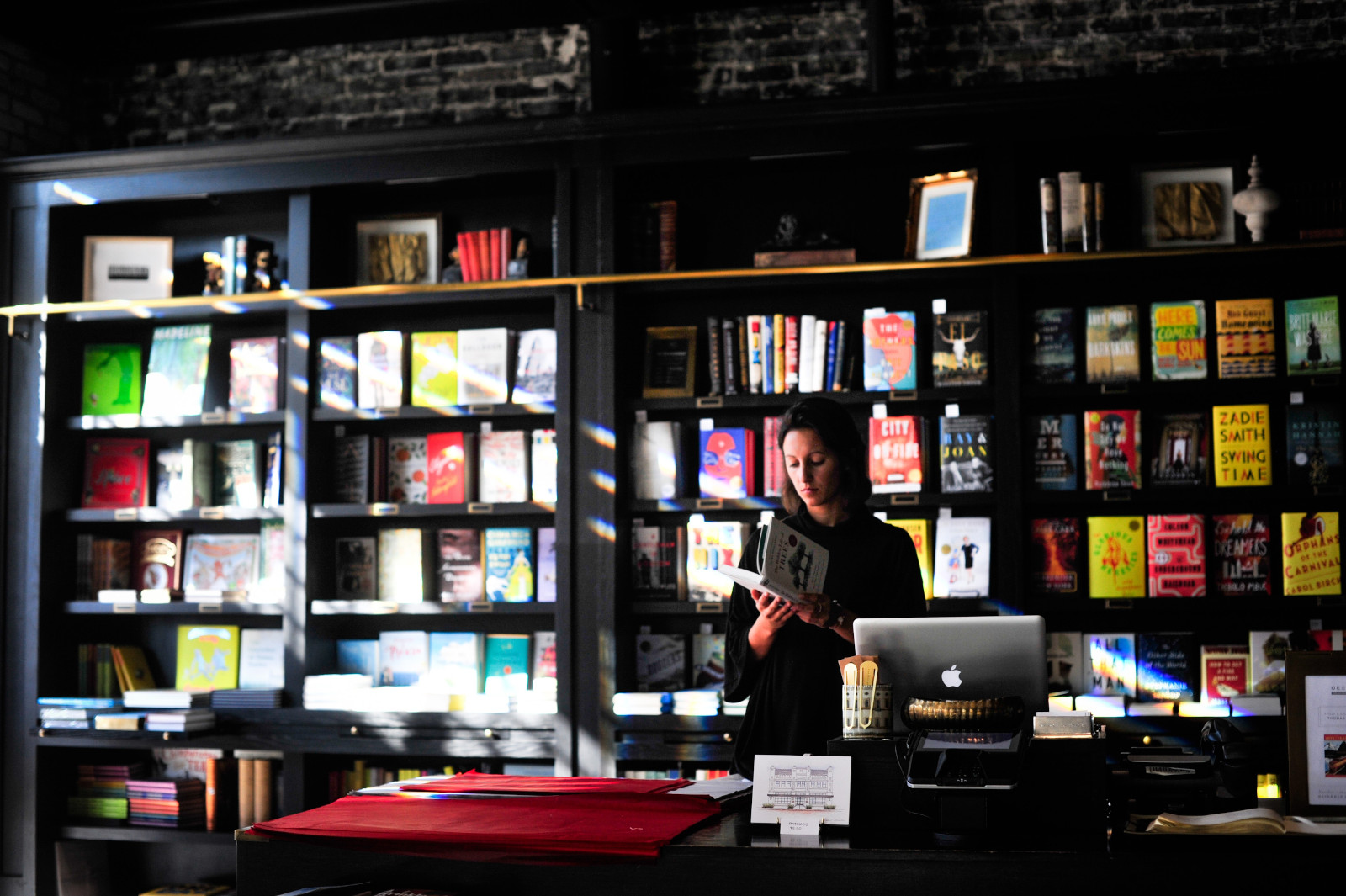 This review was originally published in the European Journal of Midwifery

Dr. Michel Odent’s dedication in the French version of the book sets its significance: “et à toutes les sages-femmes: leur devoir est de prendre conscience de leur pouvoir de créer un autre monde” (To all the midwives: Their duty is to become aware of their power to create another world).

Michel Odent has spent his life continuously challenging the conventions of medical orthodoxy. He doesn’t write books like his peers, the French obstetrician Fernand Lamaze who developed the International Lamaze Technique in the fifties, or Robert Bradley (MD), who designed the Husband Coached Childbirth in 1965, or British obstetrician Grantly Dick-Read who developed the Natural Childbirth method in the thirties, all still a reference in today’s birthing literature. Odent goes beyond the medical and explores the long-term effect on society of medical interferences during the primal health phase (conception until first birthday). His findings are astonishing and frightening.

This book adds more urgency to Odent’s Cassandra-like words written in 1979, during the decade of increased ecological awareness, and brings updated scientific evidence. Today, in the age of the great acceleration, the momentous and disproportionate increase of many indicators worldwide since the fifties and in the age of the Anthropocene, the new geological era that we entered in which humans significantly impact life supporting systems, Odent analyses the role of birthing within this huge transformational shift in lifestyles of humans since the 1950s. He draws a parallel between what happens at a minute level (for large proportions of humanity) and the human evolutionary shift that is happening in epidemiology (diseases) and endocrinology (hormones) while looking at the transgenerational impact of birthing methods. This book should be read by anyone involved in birth work, and in future oriented scientific disciplines, anyone working on sustainable development goals, resilience, and planetary boundaries. It is an essential read for explorers of the future and people necessitating transdisciplinary science to explore solutions for our planetary crises.

Michel Odent is a groundbreaker, an erudite and a natural systems thinker. He references Mao, Illich, Mendel, and Leboyer in his argumentation that change needs to happen. Be it revolutionary or evolutionary, change needs to counter tendencies of domination of nature, domestication of plants, and socialization of childbirth. Odent would state that the misunderstanding of birth physiology is cultural and its impact is transgenerational. He would ask, what is the future of a humanity that has babies without releasing hormones of love? Of a society born by c-section?

In this book, The Future of Homo?, organized in 22 chapters, Odent starts the first four chapters by explaining the importance of “desocialising birth” and letting the impeccably tuned physiological interplay of hormones, bacteria, muscles, blood, and bones between mother and child be undisturbed. What disturbs is anything that inhibits “the cocktail of love,” the hormones that orchestrate the birthing process: thinking, speaking (neocortex activity), fear (adrenal gland secretions), and environment (such as light—LED lights inhibit melatonin—and noise). In the chapters that follow, he states that it should be a major preoccupation of epidemiologists to assess the long-term consequences of medical interventions on our gene pool and overall health. He urges us to understand the repercussions of labour induction–the interruption of the birth preparation phase–in a quarter of human beings currently being born that way and of pre-labour caesarean delivery; he explores a potential correlation between the increased ultrasound exposure and neurological illnesses and wants to understand the cause of the sharp rise in autism spectrum disorder. In chapter 8 and 9, he explores through paleoethology the limits of our human adaptability and through his focus on the hours and days preceding birth, he finds it important to know if obstetrical practices and aspects of modern lifestyle that interfere with this short period may have long term consequences. In the second half of the book, from chapter 10 onward, Michel Odent explores, truthful to his motto “it is important to ask the right questions!”, the type of inter-disciplinary research and studies that could be feasible. He presents work on emotional health, shingles, intellectual quotient, and capacity for empathy. From Chapter 12 onward, we read an inspired Dr. Odent, talking about transcendence, empathy, and states of creativity and joy. And from chapter 15 to the rest of the book, he takes us on a journey into the future. Futurology, evolutionary thinking, he wonders if a decrease in empathy creates a decrease in morality and mutual aid; he notes the emergence of symbiosis and synergy in language and asks us to remember the collaborative realities of evolution. He finishes on somewhat hopeful and optimistic chapters: “human beings are suddenly condemned to dramatically develop their long-term thinking. This irreversible conviction is compatible with optimistic considerations.” He ends the book with putting his hope in the hands of evolutionary biologists to explore the future.

Dr. Odent makes one overarching point per chapter and links them up in a narrative about the evolution of humanity: “If the limits of human adaptability have been reached, the only valuable strategy is to take another direction.” His writing is clear and organized, the chapters can be very short, his argumentation is persuasive and can seem disconnected at times until the connection is found; we enter the brain of a great systems thinker. His interlinkages between micro-and macro-systems are punctuated by factual bold language “Rendering love hormones useless for having babies is a turning point in the history of our species.” He can be quite controversial when talking about natural selection and pathological conditions resulting from abusive interferences in the physiological process of birth.

This is an easy to read, well-laid-out book, with physiology interspersed with backup evidence/research. Nadine has challenged practitioners to review their current practices and guidelines: where did these values and guidance originate? Reminding the reader from the beginning about basic physiology of second stage, she uses the phrase “rest and be thankful,” which has been used by many midwives over the years. This is the natural lull that occurs once the cervix is fully dilated, a time to rest whilst the baby continues to descend into the lower pelvis. We are challenged regarding the use of this time when a mother has an epidural, how practices have changed, and how different organisations have varied guidelines during this lull.

Nadine highlights the tradition of holding one’s breath and pushing (often called “purple pushing”), birth positions and their impact on delivery, as well as the age-old issue of “hands on or poised.” The book explains the physiology from the mother’s and baby’s perspective, and historical background to this method of “pushing” a baby into the world.

The references give an insight into our history and, although some are old, they show how some practices take a long time to embed (continuity of carer) or unpick (positions for birth) in our culture.

I would highly recommend this book to any birth professional to revisit, and review how childbirth practices and care have altered the way a mother experiences the birth of her baby.
—Dianne Garland

Moms need TLC during their postpartum period. This includes good food, in addition to rest, bonding, and other healing. And food really is the best medicine. This one-of-a-kind book is in two parts: Part I, Food as Medicine educates us on the concept of Ayurveda, which foods are helpful or to be avoided, and getting prepared with tools and supplies that will be needed for cooking. Part II, Recipes for Postpartum Healing, is broken down by postpartum days, and contains 70 delicious, healing recipes.
—Cheryl K. Smith

Johara Bellali is a Moroccan-German doctoral student, researching the power of birth and how it can inform societal transformation. She has spent the best part of 18 years working on global environment change living in Asia, Africa, and Europe. Johara is a doula and a mother and lives in Totnes, UK.