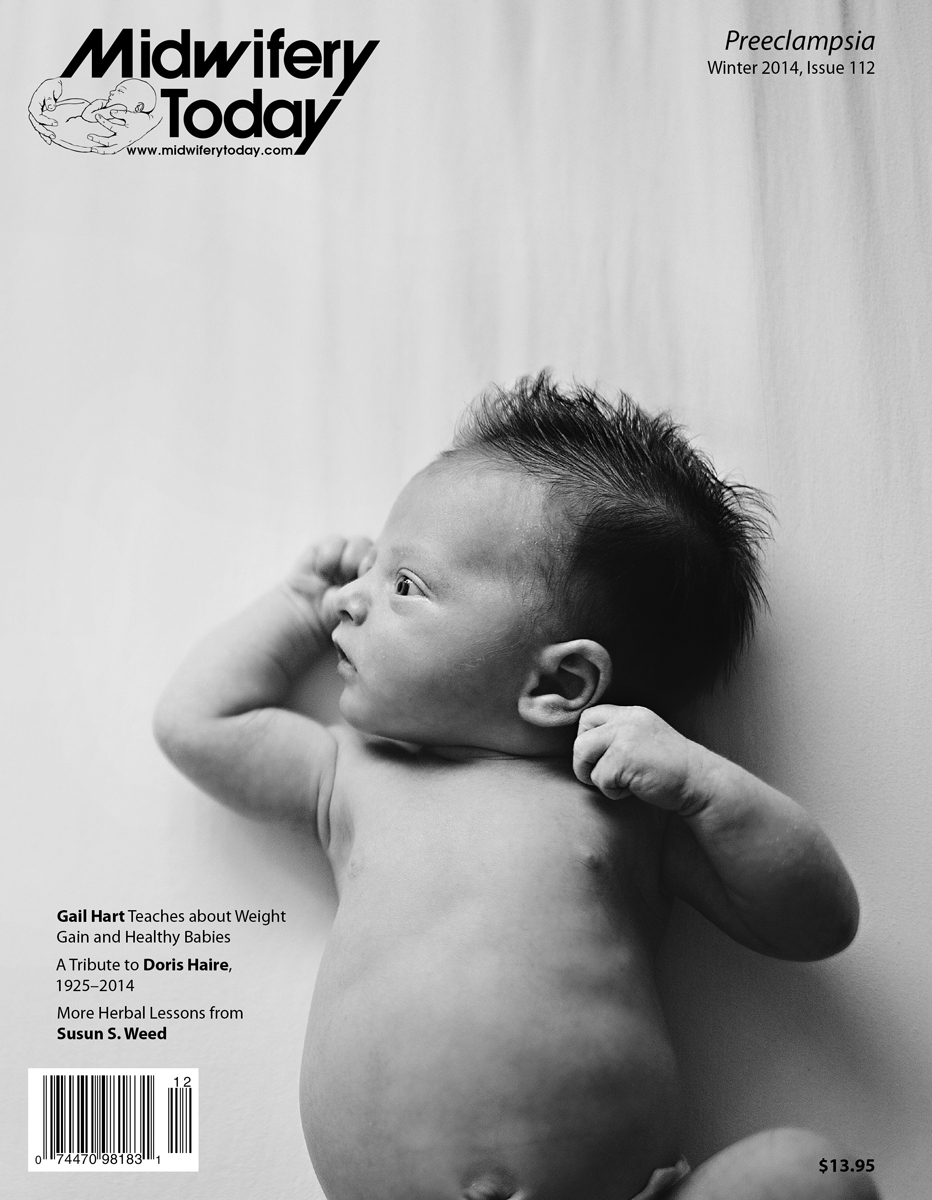 For birth workers, preeclampsia is certainly a topic worth learning about. Within this issue, you will learn from the best. The lineup of authors includes obstetrician Michel Odent, herbalist Susun S. Weed and midwives Sister MorningStar, Gail Hart and Mary Cooper. Along with preeclampsia, there are articles on the placenta, breech babies and pelvic organ prolapse, as well as a photo essay on a public breastfeeding campaign. This is definitely an issue containing loads of information, so get ready to learn. We hope you enjoy it!

Don’t Risk Yourself Out of a Homebirth—Prevent Gestational Diabetes